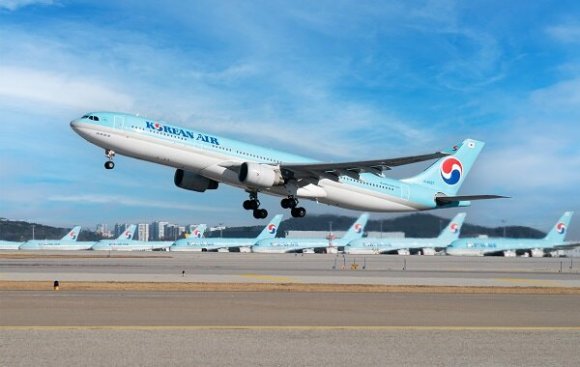 Korean Air will offer flights to Hawaii from Nov. 3 for the first time since April 2020. The Seoul Incheon (ICN)-Honolulu (HNL) service will operate three days a week, departing from Incheon every Wednesday, Friday and Sunday. Korean said it had decided to resume the route as travel demand to Hawaii has steadily increased. The number of Korean tourists visiting Hawaii has grown from 200 in January 2021 to about 1,000 per month. Pre-pandemic, the carrier operated 14 flights between ICN and HNL.

Spanish carrier Air Nostrum, which operates regional flights on behalf of Iberia, has won a tender to operate a route connecting Andorra-La Seu d'Urgell (LEU) and Madrid (MAD). Two flights per week will be available starting from Dec. 17 onboard ATR 72-600s. Air Nostrum president Carlos Bertomeu said the launch would increase flight options from Andorra, providing connectivity to more than 80 destinations via Madrid.

Russian carrier Nordwind Airlines is set to launch scheduled flights from Kaliningrad (KGD) to two destinations in Kazakhstan. The airline intends to begin service to Almaty (AMA) on Nov. 17 followed by Nur-Sultan (NQZ) on Nov. 19. Both routes will operate twice a week using 189-seat Boeing 737-800s. The network additions will expand the airline’s network from Kaliningrad to 11 destinations.

Aer Lingus’ first transatlantic service from the UK took to the skies on Oct. 20 with the departure of the Irish airline’s first ever non-stop direct flight from Manchester (MAN) to Barbados (BGI). From Dec. 1, the carrier will begin service from MAN to New York (JFK), followed by flights from the UK airport to Orlando (MCO) on Dec. 11. “We know there is strong demand for direct transatlantic services from the North of England for flights to Barbados and we’re looking forward to seeing travellers and holidaymakers enjoying the welcoming Aer Lingus experience that we’re known for,” Aer Lingus CEO Lynne Embleton said.

Tunisian airline Nouvelair is to relaunch flights from Tunis (TUN) to London Gatwick (LGW) and Manchester (MAN) from March 29, 2022. Flights initially started in July 2021 but were suspended shortly afterwards because of COVID-19 travel restrictions. The carrier said the LGW service will operate three times per week, while MAN will be 2X-weekly. Both routes will use Airbus A320s.

Singapore Airlines (SIA) will resume its 3X-weekly flights from Singapore (SIN) to Houston (IAH), via Manchester (MAN). Service will restart on Dec. 1 using a 253-seat A350-900 aircraft, equipped with 42 business class seats, 24 premium economy seats and 187 economy seats. With this reinstated service, SIA will have restored approximately 77% of its pre-COVID flight frequency from the US. The carrier operates year-round services from Singapore to Los Angeles, New York JFK, and San Francisco.

From Oct. 31, Bangkok Airways will restore direct service between Phuket (HKT) and Hat Yai (HDY), offering one flight per day. The route, which will be operated using ATR 72-600s, increases the number of routes being operated by the carrier to nine. In addition, the airline will reopen its passenger lounges at Bangkok Suvarnabhumi (BKK), Chiang Mai (CNX), Phuket and Samui (USM) from Nov. 1.