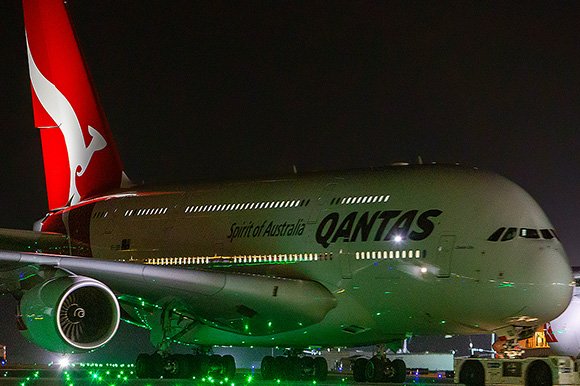 Qantas is accelerating restart plans for several more international routes, allowing the carrier to reactivate widebody aircraft and recall employees ahead of its previous forecasts.

The latest route announcements are prompted by relaxation of some entry rules by state and federal governments. The federal government is allowing Australian citizens and residents to travel overseas again from Nov. 1, and New South Wales and Victoria will suspend quarantine requirements for returning Australians if they are fully vaccinated against COVID-19.

The resumption of flights from Sydney (SYD) to Singapore (SIN) will be brought forward by four weeks to Nov. 23, and the restart of Fiji ({{NAN}) flights will be accelerated by 12 days to Dec. 7. Qantas Group flights from SYD to Johannesburg (JNB) in South Africa and Bangkok (BKK) and Phuket (HKT) in Thailand will all resume in January, 2-3 months ahead of schedule.

Flights from Melbourne (MEL), Australia, to London Heathrow (LHR) will restart six weeks early on Nov. 6, and service from MEL to SIN will be advanced by three weeks to Nov. 22.

Qantas has previously revealed that its flights from SYD to LHR and Los Angeles (LAX) will resume from Nov. 1. Some other international services are due to restart in December.

The carrier also announced it is launching a new route. It will fly from SYD to Delhi (DEL) from Dec. 6, its first route to India in almost a decade. This flight will use Airbus A330s, stopping in Darwin (DRW) in  Australia on the way to DEL, but flying nonstop back to SYD.

All of the international flights are so far only available to Australian citizens, residents and their immediate families and parents. All international passengers must be vaccinated, and COVID-19 tests will also be required.

The Australian government said it is in discussions with the Singapore government aimed at allowing quarantine-free travel between the two countries, initially for certain categories of travelers such as students. More details on these arrangements are expected soon. Talks are also underway with the Indonesian government to reduce quarantine requirements for entry to Bali.

The return of quarantine-free travel between SYD and MEL will see Qantas Group operating up to 18 return flights a day on this route, increasing to 37 per day by Christmas. The group operated up to 58 flights per day between the two cities before the pandemic, but it was down to as low as one return flight per day during the latest lockdowns.