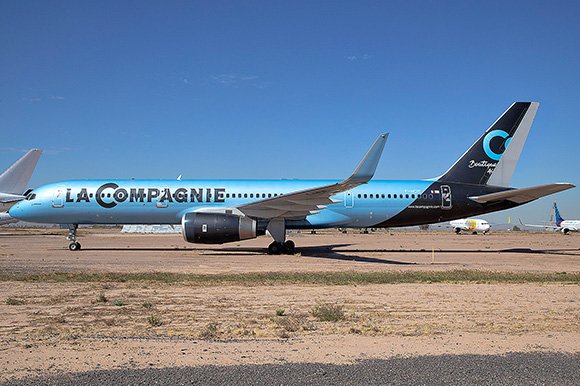 La Compagnie, the all-business-class airline based in France, will launch a postponed service between Newark (EWR) in New Jersey and Tel Aviv (TLV) from Dec. 4.

The carrier, which has previously said it is aiming to diversify its service beyond its EWR-Paris Orly (ORY) route, had planned to launch the TLV service, which includes a 90-min. stop at ORY, in July. But border restrictions in Israel related to COVID-19 pushed back the route’s start, according to La Compagnie.

The flights will be operated 2X-weekly with an Airbus A321neo aircraft.

The airline’s signature EWR-ORY transatlantic service, which resumed in June at a rate of 4-5X-weekly, will increase to daily service in November. The carrier tied the boost in frequencies to the US government’s decision to open its borders to vaccinated international passengers from Nov. 8.

Start dates were also released for two additional La Compagnie routes that have been delayed.

The carrier will begin the EWR-Milan Malpensa (MXP) route on April 13, 2022. The route, which will be operated 4X-weekly, had been scheduled to start in November.

Flights between EWR and Nice (NCE) in France, a route La Compagnie previously operated and had planned to restart in July, will not resume until May 7, 2022. It will operate 3X-weekly on a seasonal basis through Sept. 27, 2022.

“The recent announcement from the US government gives us better visibility on the resumption of activity,” La Compagnie President Christian Vernet said. “The entire team at La Compagnie is prepared and ready to fully tackle this rich program that we have been keen to put in place for the past few months. Utilizing the full capacity of our [aircraft] by broadening our horizons is not only essential but relevant when it comes to meeting the expected surge in demand from both the leisure and business markets.”

The airline’s active fleet is comprised of two A321neos.