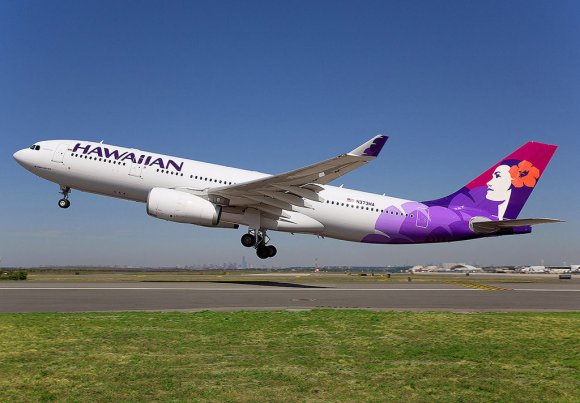 Hawaiian Airlines is expecting a strong rebound in its international traffic next year, which would allow it to fully restore its systemwide capacity to pre-COVID-19 pandemic levels.

Although traffic recovery on domestic routes between Hawaii and the US mainland stalled due to the COVID-19 delta variant, Hawaiian sees encouraging signs in its international markets, CEO Peter Ingram said during the airline’s third quarter earnings call. This is primarily driven by high vaccination rates in some of its key overseas markets such as Australia and Japan.

Hawaiian has shelved almost all of its international flying through the pandemic, but it plans to restart flights between Honolulu (HNL) and Sydney (SYD) in mid-December, citing the easing of Australian travel restrictions from November. The Australian move could be a “harbinger of expected policy relaxations in the Asia-Pacific region in the months ahead,” Ingram says.

Ingram says Hawaiian is planning to add more international flying to its schedule in late December, ramping up further in the first quarter of 2022.

“By the middle of next year, we expect to restore system capacity to pre-pandemic levels and beyond,” Ingram says. Hawaiian should be back to a full network by the summer of 2022, senior VP of revenue management and network planning Brent Overbeek says.

The improving international outlook is reflected in Hawaiian’s short-term fleet plans. The carrier will renew the lease on two of its Airbus A330s for another two years instead of letting them expire. This means the carrier’s initial Boeing 787s, which are due in 2022, can be used for fleet growth rather than replacement.

Hawaiian’s third-quarter bookings were severely affected by the emergence of the Delta variant and by a call from the Hawaii state government for travelers to stay away until November. This had the effect of derailing a strong recovery in US mainland traffic to Hawaii, airline executives say.

The carrier’s capacity in US mainland markets had risen to 115% of 2019 levels in July, and load factors were also at high levels. However, the effects of the Delta variant on demand were evident in late July, August and September.

By the end of September, “conditions were solidifying although not yet quite back to where we were in July,” Ingram says.

The carrier views this as a short-term setback in its recovery trend.