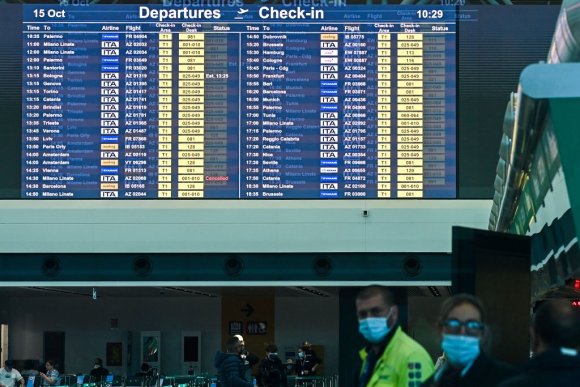 Passenger traffic in Europe can recover faster than current forecasts suggest if the right conditions are put in place by governments across the continent, according to a panel of airport leaders at the ACI Europe Annual Congress and General Assembly in Geneva.

The updated forecast published by ACI Europe on Oct. 25 found that traffic this year will be about 40% of 2019 levels, rising to 68% during 2022. However, the report said a full recovery to pre-crisis levels will only be achieved in 2025.

“Looking back through history, aviation has always evolved and been one of the most resilient industries, able to adapt quickly to the new circumstances,” Riga International board member Arturs Saveljevs said.

“I think that if the conditions that are under our control are right, we will be able to restore traffic very fast. We should not forget that air travel is the backbone of the global movement of goods and passengers—and it will grow strongly once again.”

Jean-Luc Poiroux, SVP of business development at Aéroport de Bordeaux, agreed that Europe has the potential to recover traffic levels sooner than 2025, but highlighted that the influence of governments will affect the pace.

He pointed to the decision in France to ban some short-haul domestic flights where train alternatives exist. Poiroux said this will cost the airport about 600,000 passengers annually.

Belina Neumann, VP of aviation marketing and business development at Vienna International, stated she was “cautiously optimistic” the ACI Europe forecasts would be exceeded. She said leisure and VFR traffic would remain strong, while Vienna also expects business traffic to bounce back.

“As a congress city, business traffic is really crucial for Vienna,” she said. “The Vienna Convention Bureau… has put a lot of effort into marketing the city and supporting people to bring events to Vienna. We’re working with them and sharing all this information with airlines.”