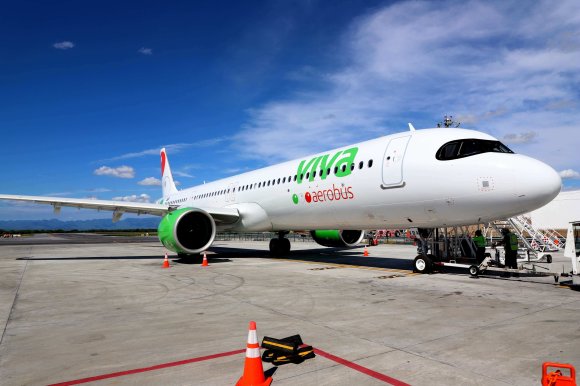 Viva Air and Viva Aerobus have signed the first interline agreement between two ULCCs in Latin America which will enable them to offer more flight options to their passengers in Mexico, Colombia and Peru.

The first phase of the partnership will focus on the airlines’ respective routes between Bogota (BOG) and Mexico City (MEX), but a second stage is envisaged that would allow codesharing across their wider networks.

“Viva Aerobus has revolutionized the way to travel by air in Mexico, and with this agreement with Viva Air we will enhance the offer of our flights to Bogota with customer service and, more importantly, offering the lowest fares as we operate ultra-low-cost business models,” Viva Aerobus CEO Juan Carlos Zuazua said.

Viva Air president and CEO Félix Antelo added the agreement would contribute to the economic recovery in Colombia and Mexico by giving people the opportunity to fly more to more destinations.

Before the pandemic, Avianca, Interjet and Aeromexico were the market leaders between Colombia and Mexico, collectively controlling 96% of the 1.7 million scheduled seats during 2019, OAG Schedules Analyser data shows.

However, with Avianca and Aeromexico undergoing restructuring programs and the ongoing suspension of Interjet’s operations, airlines like Viva Air, Viva Aerobus and Volaris are seeking to capture market share.

For the week commencing Nov. 1, Viva Air is offering about 6,000 two-way seats between Colombia and Mexico, giving it a 20% capacity share. Viva Aerobus has around 2,600 seats available and an 8.7% share of all capacity between the countries.

The agreement between Viva Air and Viva Aerobus comes after Viva Air executive chairman Declan Ryan told Routes that ULCC would “love” to partner with Frontier Airlines or Allegiant Air.

“The guys in Allegiant are fantastic; [CEO] Maury Gallagher runs an amazing business there and if they want to come into our marketplace we would certainly look at partnering with them or perhaps adding more connectivity out of Las Vegas,” he said.