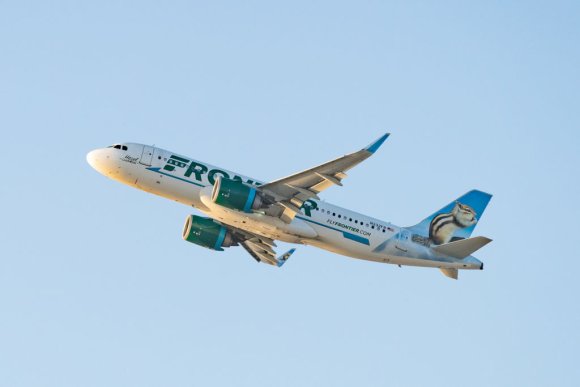 US ULCC Frontier Airlines opened a new crew base at Atlanta (ATL), from which it plans to launch two international routes next week.

Denver-based Frontier had indicated earlier this year that it would increase its focus on ATL, the base hub airport for Delta Air Lines. Frontier said the new crew base will eventually include 400 pilots and flight attendants.

Frontier will next week launch two new international routes from ATL: Cancun (CUN) in Mexico and Montego Bay (MBJ) in Jamaica. The flights to CUN will operate 4X-weekly, while the ATL-MBJ route will operate 3X-weekly. Frontier will compete with Delta on both routes.

“We’ve grown over 40% at ATL since 2019 and we now offer more than 30 nonstop routes, including new international service to Cancun and Montego Bay starting next week, making Atlanta a significant operation for Frontier and we’re excited to further our commitment in the market with our newest crew base,” Frontier senior VP of commercial Daniel Shurz said.

ATL GM Balram Bheodari added: “We are always excited for increased opportunities for our partners, and Frontier’s augmented employee force brings an increased economic impact to our city, the state and the entire southeast [US] region.”

With 31 routes served from ATL, including three international routes, ATL as of next week will be Frontier’s fifth largest airport by departures.

The carrier’s overall network is comprised of 100 destinations.

Frontier is an all-Airbus A320 family aircraft operator.