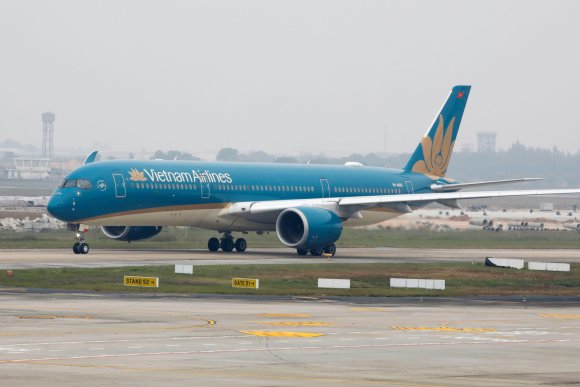 Vietnam Airlines plans to operate its first scheduled flights to the US later this month, offering nonstop service between Ho Chi Minh City and San Francisco.

The flag-carrier said the US Transportation Security Administration has given it the green light to begin regular service after a recent safety audit check. Flights will start once the FAA issues an operating permit.

“As soon as the [permit is received], Vietnam Airlines will organize the first regular commercial direct flight between Vietnam and the US,” the Hanoi-based airline said in a statement. “According to the plan set out by the airline, the historic flight is expected to take off at the end of November this year.”

Vietnam Airlines’ inaugural US route will connect Ho Chi Minh City’s Tan Son Nhat International (SGN) with San Francisco (SFO). However, the carrier has not yet confirmed the planned schedule nor the aircraft it intends to use on the 12,598-km (7,828-mi.) route.

Both Vietnam Airlines and Vietnamese counterpart Bamboo Airways already have permits to offer ad-hoc charter flights to and from the US, but Vietnam Airlines has become the first to be cleared for scheduled service.

However, Bamboo is also nearing final approval to begin offering regular flights to the US. On Nov. 2, the US Transportation Department granted exemption authority for the leisure carrier to operate flights between Hanoi (HAN) and SGN to Dallas, Los Angeles, New York, San Francisco, Seattle and Washington, as well as beyond services to Montreal, Toronto and Vancouver in Canada.

Bamboo hopes to launch commercial flights between Ho Chi Minh City and San Francisco before the end of the year, initially with five flights per week before increasing to daily during the first quarter of 2022.

Meanwhile, Bamboo is also preparing to start its first Vietnam-UK services. According to VNExpress, the decision was announced during Vietnam Prime Minister Pham Minh Chinh’s visit to the COP26 climate change summit in Glasgow, Scotland.