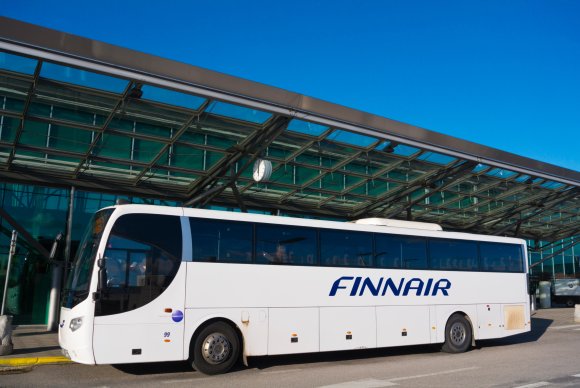 Finnair is planning to resume two of the shortest routes in its network during the summer 2022 season—but also intends to add bus connections to lower the CO2 footprint of the services.

The domestic flights from Helsinki (HEL) to Tampere (TMP) and Turku (TKU) have been on hold since the onset of the pandemic in spring 2020. Resumptions are scheduled for next March.

The carrier said that although both services are operated with energy-efficient ATR aircraft, their emissions load per passenger is “clearly heavier” than on other routes. As such, bus connections will also be offered for passengers concerned about their CO2 footprint.

“Traveling on these routes focuses on international exchange travel, and we want to continue to offer the best range of connections to customers in the regions,” said Perttu Jolma, Finnair's VP of traffic planning.

“Combining different modes of transport is an important tool in reducing carbon emissions from transport, and it is also in line with Finland’s national emission reduction targets.”

The scheduled time for flights to Turku and Tampere is 35 min. but the actual flight time is even shorter at about 25 min.

“We want to offer travelers the opportunity to reduce their carbon footprint by switching to a bus connection. We guarantee an onward connection to the booked destination even in the event of a possible disruption in the bus connection,” said Jolma.

According to a study based on Finnair’s customer data, the majority of those departing from Turku or Tampere already used a non-flight connection to arrive at Helsinki Airport in 2019, when the flights were operated with several daily frequencies.

Bus connection tickets will go on sale in the spring of 2022 and will only be sold together with connecting flights. Finnair said it was starting discussions with possible bus partners. Finnair City Buses, which connect Helsinki's airport and city center, are currently operated by Pohjolan Liikenne.