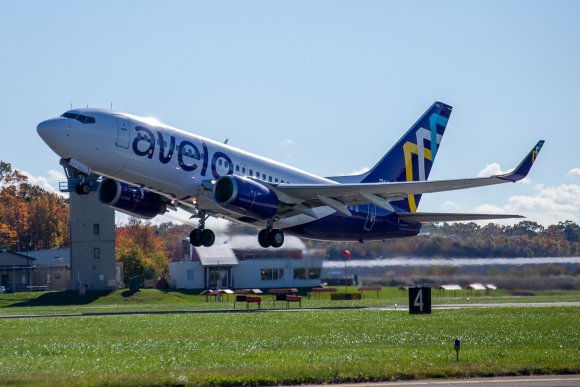 Avelo Airlines has launched its inaugural flights from Tweed-New Haven (HVN) in southern Connecticut, marking the carrier’s entry to the East Coast market.

The US startup will connect the airport with six destinations in Florida, becoming the first airline to offer nonstop flights from HVN to the Sunshine State.

In addition to MCO, Avelo will begin flying to Fort Lauderdale (FLL), Fort Myers (RSW), Palm Beach (PBI), Sarasota (SRQ) and Tampa (TPA) in the days and weeks ahead.

Avelo is investing $1.2 million to help upgrade and modernize facilities and operations as part of an overall $100 million project at HVN. The airport expansion will include a new terminal and extended runway led by airport operator Avports.

Avelo initiated service on April 28 from its first base at Hollywood Burbank (BUR) in southern California. The airline currently serves 13 destinations across the US and plans to station three 737-700s at HVN.