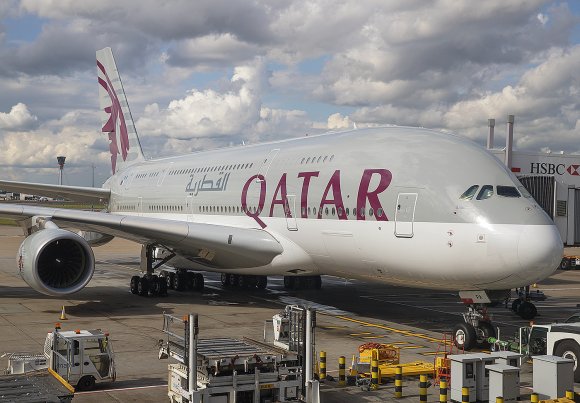 Qatar Airways said it is “reluctantly” bringing back at least five Airbus A380s on a number of routes, citing an “ongoing capacity shortage” related to the grounding of 19 of its A350s for safety reasons.

“It is anticipated that at least five of the airline’s 10 A380 aircraft will be brought back into service on a temporary basis over the coming weeks to support fleet capacity on key winter routes, including London Heathrow (LHR) and Paris (CDG), from Dec. 15, 2021,” Qatar Airways said in a statement.

The Doha (DOH)-based carrier said it is “facing significant limitations to its fleet capacity” as a result of the A350 groundings.

Qatar Airways has 10 A380s in its fleet, all of which have been dormant throughout the COVID-19 pandemic.

“The recent grounding of 19 Qatar Airways A350 [aircraft] has left us with no alternative but to temporarily bring some of our A380 fleet back on key winter routes,” CEO Akbar Al Baker said. “These groundings are due to an ongoing issue relating to the accelerated degradation of the fuselage surface below the paint, which as yet remains an unresolved matter between Qatar Airways and [Airbus], for which the root cause is yet to be understood.”

He added that the move to bring back A380s on some routes “does not signify a permanent reintroduction of our A380 fleet, which were grounded in favor of more fuel-efficient, twin-engine aircraft at the onset of the COVID-19 pandemic.”

Qatar Airways is currently operating to more than 140 destinations.