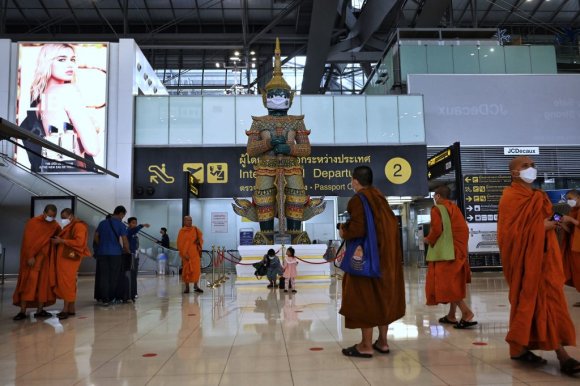 In 2019 the travel and tourism industry accounted for 20.1% of Thailand’s total economy, worth $106.5 billion, according to WTTC research.

As the country implemented severe border closers in 2020 to combat the impact of COVID-19, this share dropped to 8.4% as $64.8 billion was wiped off Thailand's GDP. Pre-pandemic, Thai air transport's five largest inbound markets were all within Asia, led by China which accounted for 28% of all arrivals.

Reflecting this, in November 2019 there were more than one million departure seats from China, dwarfing the second-highest number of 354,958 from second-largest market Japan. In November 2020 during the lockdown, the largest single market was 49,146 departure seats from Hong Kong. As Thailand’s borders re-open, ongoing restrictions in its key inbound markets mean that activity remains heavily subdued with the largest market now Singapore, offering 64,864 seats.