Airports in China accounted for seven of the 10 busiest airports in the world in 2020, according to the latest data from ACI World, as domestic markets dominated airline schedules and passenger activity.

Conversely, US airports only accounted for three of the top 10, with previous top spot occupant Atlanta Hartsfield Jackson (ATL) slipping to second place with 42,918,558 passengers.

Overall, the COVID-19 outbreak reduced the number of airport passengers by more than 5.6 billion in 2020, and is expected to remove an additional 4.6 billion passengers by the end of 2021, compared to 2019 volumes, ACI World said.

Global passenger traffic in 2021 is only expected to reach 4.6 billion, half of the 9.2 billion passengers served in 2019. 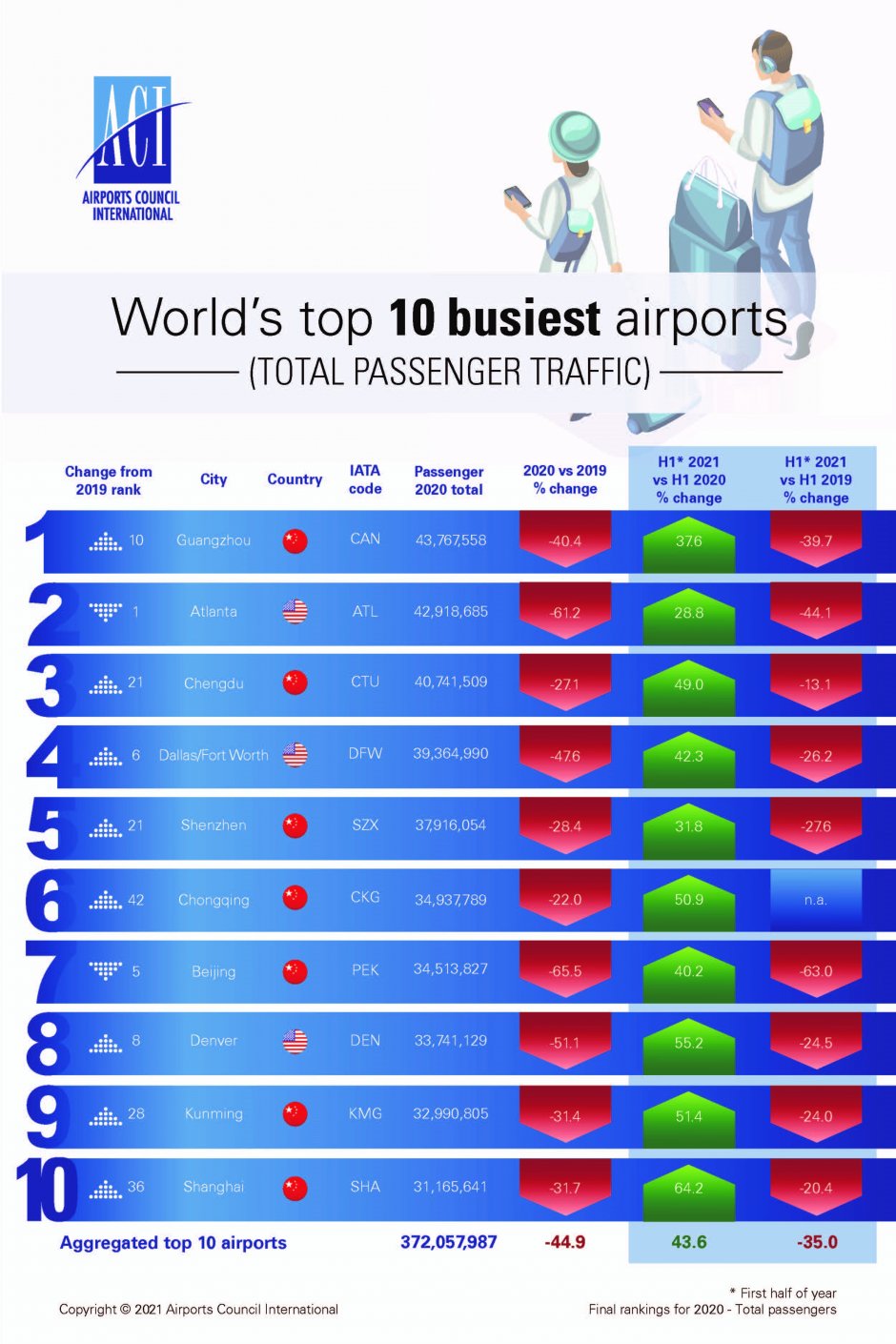 “The economic value driven by airports cannot be understated when it comes to facilitating business and leisure travel, trade, and the subsequent GDP, jobs, taxes, and associated social benefits.

“Air traffic is the lifeblood of the airport business, highlighting the necessity of government action to promote safe travel—including a coordinated and risk-based approach to testing and vaccination—rather than enforcing full-scale restrictions and blanket measures.”