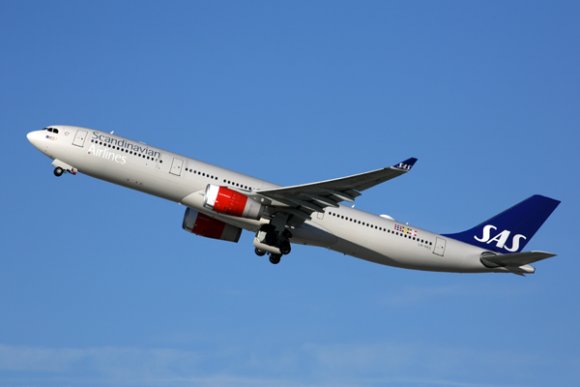 Scandanavian Airlines (SAS) plans to increase flying to the US now that the country has reopened its borders to vaccinated passengers.

The Star Alliance member resumed the Stockholm (ARN)-Miami (MIA) route on Nov. 8, the day the US relaxed its rules. SAS said it will operate the route as often as 4X-weekly during the peak of the holiday season.

SAS said it will schedule the MIA routes so that there is at least one daily flight from Scandanavia to the south Florida city over the winter.

SAS is already operating daily service from CPH to Chicago O’Hare (ORD) and plans to start 3X-weekly flights from ARN to ORD from mid-December.

Over the Christmas/New Year’s holiday period, SAS will also increase the frequency of flights from CPH to three US airports to which it is already flying: Los Angeles (LAX), San Francisco (SFO) and Washington Dulles (IAD).

The LAX route will operate daily over the holidays, while the SFO and IAD routes will operate 5X-weekly during the period.

SAS said bookings to the US for the Christmas and New Year’s holidays “increased significantly” in the aftermath of the US decision.

“It is very gratifying that we can increase the number of flights and offer our customers the chance to finally be able to travel again and experience the other side of the Atlantic and meet with friends and family,” SAS chief commercial officer Karl Sandlund said.

SAS had expressed confidence over the summer that it would fully restore its US network this fall.