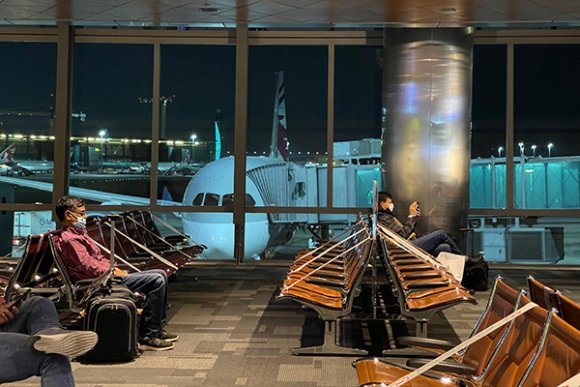 Arab airlines may not see passenger traffic numbers restored to pre-pandemic levels until 2027, the organization representing carriers in the region cautioned.

In a state of the industry speech at the Arab Air Carriers’ Association (AACO) AGM in Doha, secretary general Abdul Wahab Teffaha said the recovery could take between three and five years depending on how the world adapts to the “new normal.”

In its annual report, AACO lays out two recovery scenarios for Arab airlines. In the first, which assumes an economic recovery, better government support, steady COVID-19 vaccination rates in major population centers and more harmonious travel restrictions, passenger numbers could be restored in 2024.

In a second, more pessimistic scenario, which factors in risks such as a new COVID-19 spike, a slowdown in the economic recovery, a delay in vaccinations, and governments reinstating travel restrictions, it could take until 2027 to restore traffic to 2019 levels.

“The recovery trend of global traffic is better than that of Arab airlines due to the recovery of domestic demand in major travel markets, mainly China and the United States,” the report noted. Middle East airlines generally have little-to-no domestic markets and rely on connecting traffic. The slowness with which a number of Asian markets are reopening hurts Arab carriers operating connecting traffic to Asia.
AACO member airlines’ capacity declined by 63.5% in 2020 compared to 2019. In the first half of 2021, despite the decrease in COVID-19 cases and easing of border restrictions in some countries, AACO members’ passenger traffic dropped by 80% compared to the same period in 2019, reflecting weak passenger demand on international routes where travel health requirements remain.

IATA estimates that Arab carriers will post a collective loss of $6.8 billion this year and another loss of $4.6 billion in 2022.