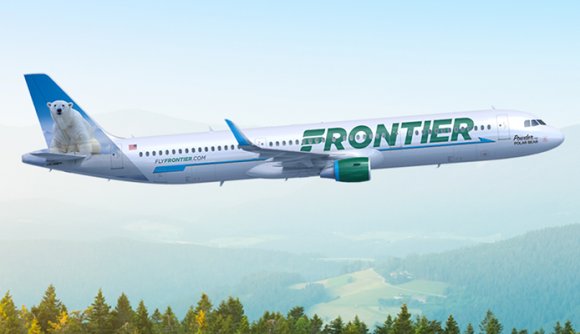 US ULCC Frontier Airlines is lowering expectations for the first quarter of 2022, reducing a planned major expansion in capacity that was supposed to reach 30% above 2019 first-quarter levels.

“We’re still working through what we think Q1 should look like,” senior VP-commercial Daniel Shurz told analysts. “We think it's probably up to about 10% lower capacity than what we had originally planned … We think there'll be a sustained recovery [by the 2022 spring]. But the off-peak period [in January and February] still needs work. And so, focusing on the off-peak periods and the capacity deployed in those periods is what we’re doing at the moment.”

Denver-based Frontier reported third-quarter 2021 capacity at about 1% above the 2019 September quarter. In the fourth quarter, the carrier expects capacity to be 2-4% above the 2019 December quarter. The airline is anticipating a strong winter holiday season, but believes there will be weakness both before and after the holidays.

“I remain as confident today as ever that the holidays are going to be big,” Frontier CEO Barry Biffle told analysts this week on a conference call to discuss the airline’s $23 million third-quarter net profit. “I think what happened though the last three months … is the Delta variant [of COVID-19] put a damper on demand. And so, it hurt August, September, October and even the front end of November.”

He added: “The Christmas holidays are really booking … I think I can say that we're going to have one of the best Thanksgiving and Christmas periods we've had in a long time, if ever. The periods around it are still soft.”

Biffle said the expected return of business travel has been pushed back into next year. “The Delta variant caused the return to offices to get delayed and a lot of people have moved that to January,” he explained. “If they're not in the office, then they're largely not traveling. So, I think that hurts business travel, which isn't direct to us, but it's indirect in that that it hurts the whole travel ecosystem.”

Biffle said borders reopening is positive for the industry, but cautioned that entry restrictions are still somewhat onerous and could be dampening demand. “Getting a PCR test to go to an international destination is not only kind of a pain and time consuming, it’s expensive,” he said. “And if you’ve got a family of four and you’re spending a couple hundred bucks each to do [testing] … [then] that's a drag on international leisure travel.”

Biffle predicted the industry will be largely beyond the pandemic by next spring. “We're confident that by spring [2022] and beyond everything will be good,” he said. “You're going to have a lot better demand as we turn the clock and the calendar into next year.”

Frontier operates a fleet of 112 Airbus A320 family aircraft, including 73 A320neos. The airline took delivery of five A320neos during the third quarter, but has no planned aircraft deliveries in the December quarter.