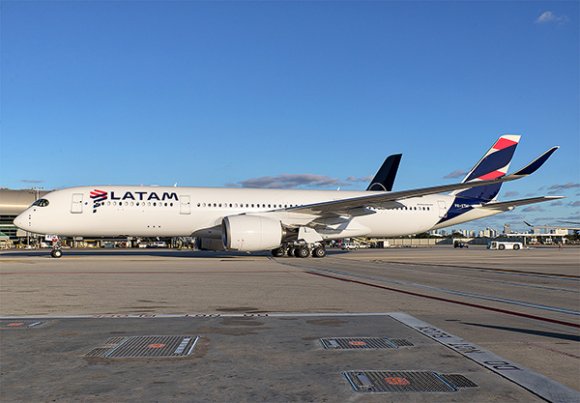 LATAM Airlines Group said it operated 49.7% of 2019 capacity levels in the third quarter, which it characterized as a “significant improvement” considering the COVID-19 border restrictions still in place in a number of the South American countries in which it operates.

The Chile-based airline company said its third-quarter capacity was up 75% sequentially over the 2021 second quarter. As LATAM has reported previously, domestic flying in the markets in which it operates continues to rebound, but international capacity has been slower to return.

In September, domestic capacity in Spanish-speaking countries in which LATAM operates (Chile, Colombia, Ecuador, Peru and Uruguay) reached 80% of 2019 levels and in Brazil September capacity reached 82.7% of 2019 levels. (LATAM’s Argentine affiliate was shut down in 2020.)

“Towards the end of the quarter, and following the quarter close, several international border restrictions, namely related with Chile and Brazil, were lifted, adding positive signals for the international demand recovery,” LATAM said, adding that overall system capacity is expected to reach 65% of 2019 levels by the end of 2021.

LATAM is in the process of ramping up flying between Brazil and Europe.

LATAM said the air travel environment was at its worst in Latin America in April. “After a challenging second quarter, having operated at an annual low point of 24.9% of 2019 capacity in April, the progressive ease of travel and mobility restrictions, accompanied by the vaccination rollout implemented in the region, have helped us to observe an upward trend in operations,” LATAM, which is working its way through a US Chapter 11 restructuring, said in a management analysis accompanying its third-quarter results.

The company incurred a $691.1 million net loss for the September quarter.

“The operational recovery still lags well behind 2019 levels, with international traffic recovering slower than initially expected and significant travel restrictions in the region still in place during most of the [third] quarter, namely related to Chile, Brazil and Argentina,” LATAM said. “Additionally, we have seen relevant challenges during the quarter from a macroeconomic perspective, especially from fuel price, the depreciation of some foreign currencies and inflation pressures.”