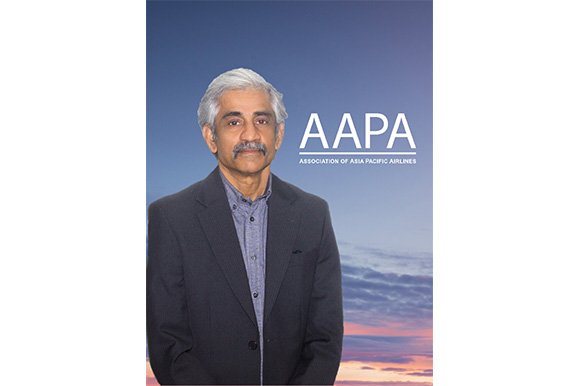 Domestic traffic in the Asia-Pacific region is expected to rebound strongly during 2022 but international traffic will remain at less than half of precrisis levels, according to forecasts outlined by the Association of Asia Pacific Airlines (AAPA).

During the 65th AAPA Assembly of Presidents, which was conducted virtually, the organization said traffic in domestic markets should recover next year to about 93% of 2019 levels, but international traffic would be around 44%.

However, the association pointed out that international passenger volumes across Asia-Pacific currently remain “deeply depressed” at about 6% of pre-pandemic levels. It called on governments to restore global connectivity and reopen borders swiftly.

“Many communities in the region are dependent on aviation as an essential means of transportation and source of livelihood,” AAPA Director General Subhas Menon said.

“AAPA applauds the efforts of governments to accelerate the vaccination of their populations and gradually ease travel restrictions.

“It is hoped that quarantine requirements will be progressively lifted, with air travel made accessible to a wider segment of the population, such as those who have recovered from COVID infections.”

At the assembly, AAPA leaders also declared their commitment to work with governments and industry partners to achieve the goal of reducing carbon emissions to net zero by 2050. But the organization stressed that governments need to offer incentives, subsidies and supply chain development for new energy sources.

“The aviation industry is committed to reducing its carbon footprint in a responsible manner,” Menon said. “However, we are conscious of the challenges ahead of us. Facilities for producing sustainable aviation fuels (SAF) are severely lacking in Asia Pacific compared to other regions.

Taxes, onerous regulations and other penalties would only increase the cost of travel without any benefit to the environment. Conversely, government incentives and investment would contribute to the effective development of sustainable fuels and new energy sources to bolster the industry’s efforts to achieve carbon neutrality by 2050.”