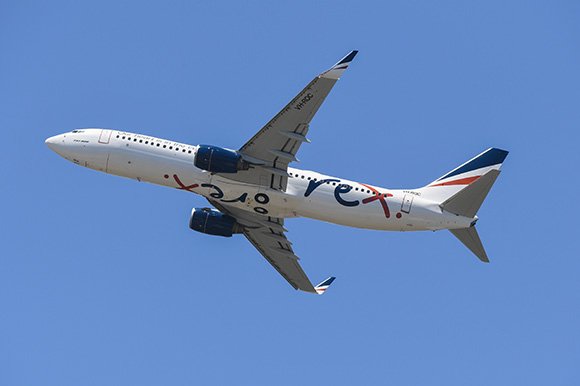 “Brisbane becomes the fifth [Australian state] capital city destination in the Rex domestic network, enabling the airline to take a major step toward realizing its long-stated goal of servicing the so-called ‘Golden Triangle’ of Sydney-Melbourne-Brisbane,” Rex said in a statement.

With COVID-19 travel restrictions finally easing in Australia, Rex is ramping up flying. The carrier this week is restarting flights from MEL and Sydney (SYD) to Canberra (CBR). The carrier had planned to open the MEL-CBR route in June, but was forced to push the relaunch back because of COVID-19.

“All of our launch flights to new destinations have proved to be enormously popular and I have no doubt Brisbane will be the same, particularly with such affordable fares,” Rex Deputy Chairman John Sharp said. “Unlike our competitors, Rex passengers don’t get slugged with hidden or extra costs as all fares on our domestic jet network include free 23-kg [50-lb.] checked baggage and refreshments on board.”

BNE CEO Gert-Jan de Graaff added: “As we celebrate the upcoming reopening of the Victorian and Queensland [state] borders, this [route] announcement is wonderful news for travelers who will now have more options to travel between Brisbane and Melbourne. We expect these flights to be popular as travelers reconnect with family and friends or take a well-earned holiday to explore two of Australia’s best cities.”

MEL aviation chief Lorie Argus said: “Melbourne is already Rex’s largest jet hub, and today’s announcement is a further vote of confidence in Victoria. Since launching their first flight from Melbourne in March, Rex has brought renewed competition to domestic travel and we expect this expansion will help stimulate demand even further.”

Sharp said Rex is ready to add more routes in the near future. “We have no intention of stopping our growth as we’re determined to make up for time lost due to the pandemic and push ahead with plans to expand our network, particularly in Queensland,” he said.

Rex will base a 737-800NG at BNE, which Sharp said “would underpin the airline’s Queensland expansion,” adding: “Every time we’ve entered a new market, airfares have fallen dramatically as Qantas and Virgin Australia scramble to match our prices and I have no doubt this will be the case again.”