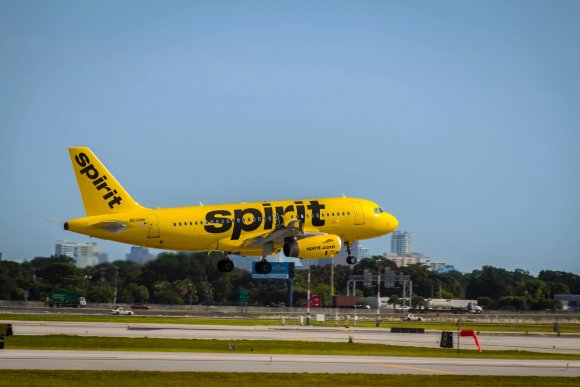 The route, scheduled to commence on April 20  will become the fifth route launched from MHT by Spirit since the airline started service in October from the New England regional airport that seeks to be an alternative to Boston Logan (BOS). MHT is located about 50 mi. north of Boston.

MYR will be the only non-Florida airport served by Spirit from MHT.

Other destinations Spirit serves from MHT include Fort Lauderdale (FLL) and Orlando (MCO), which were launched last month, and Fort Meyers (RSW) and Tampa (TPA), which are both being inaugurated this week.

The news about the MHT-MRY route was contained in a press release issued by MHT on Nov. 15 to highlight the launch of the RSW and TPA routes.

MHT Director Ted Kitchens noted that daily service to Spirit’s FLL base gives New Hampshire-originating passengers one-stop access to a host of Caribbean and near Latin American destinations served by the ULCC, including six cities in Colombia.

This week Spirit changed the MHT-departure time for the daily FLL flight from 8:10 a.m. to 6:10 a.m. “This earlier departure from Manchester will allow passengers to connect in Fort Lauderdale in time to meet at least 14 [Spirit] international flights taking off in the late morning,” Kitchens said. "Time and time again, our passengers are showing us that they prefer to fly out of MHT [over rival New England airports], even to connect internationally.”