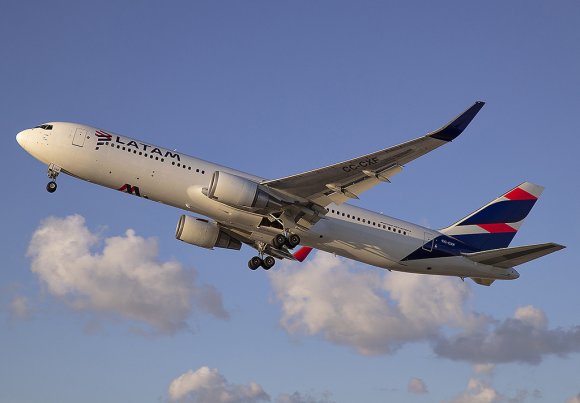 Delta Air Lines and LATAM Airlines Group are expanding the scope of their codeshare pact as the companies eye implementing a planned joint venture (JV) for US-South America flying.

Delta acquired a 20% stake in LATAM in 2019, and the companies applied to regulatory authorities to operate a metal neutral, antitrust-immunized JV for flights between the US and South America. The JV was most recently cleared by Chilean authorities. The US government has not yet weighed in. Brazil gave its approval in 2020.

In anticipation of implementing the JV, the carriers have been building up codesharing on flights between the US and South America and on domestic and regional flights beyond the long-haul connections. According to Delta, more than 20 international routes are included in the latest expansion.

“Delta is now putting its code on 12 international routes operated by the LATAM Group between South America and cities in the United States, where customers can access connections, including Miami (MIA) and Orlando (MCO) and Delta’s hubs at Boston (BOS), New York (JFK) and Los Angeles (LAX),” Delta said in a statement. “In addition, Delta is adding its code to six interregional routes in South America and four new domestic destinations in Chile.”

LATAM in turn is now placing its code on eight international routes operated by Delta between South America and the US, as wells as on domestic flights from Atlanta (ATL) and New York.

With the expansion, the Delta-LATAM codeshare agreement now covers 40 destinations in South America, including in the domestic markets of Brazil, Chile, Peru, Colombia and Ecuador. LATAM is now placing its code on more than 70 US domestic routes operated by Delta.

Delta President-International Alain Bellemare added: “The extension of our codeshare agreement with the LATAM Group enables Delta to expand our route network and customer benefits just as borders have reopened and customers travel freely again.”

LATAM CCO Marty St. George said: “This codeshare agreement is a sign of the depth of the strategic agreement between LATAM and Delta, offering the largest network of connections in the continent.”