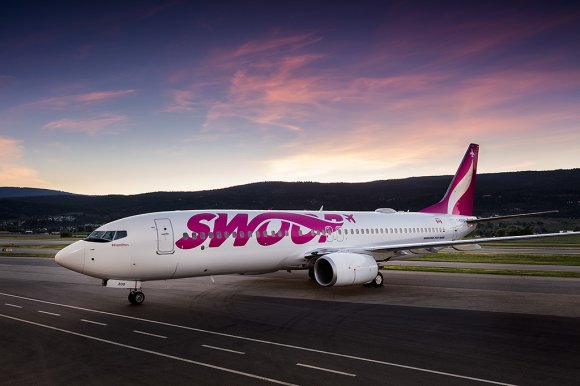 In addition, Swoop plans to restore flights to London (YXU) in Ontario from next June.

Alongside the domestic additions, nonstop service from YEG to Palm Springs (PSP) in California will begin from Dec. 16. The route will be offered twice a week.

“This is a major milestone for Swoop as we underscore our commitment to leading the way for ultra-low fare air travel in Canada and reaffirm our position as the airline with the most destinations from Edmonton,” said Charles Duncan, president of Swoop.

Swoop is currently the third largest carrier operating out of YEG with a 15.1% share of all departure seats during November. Parent WestJet is the largest with a 45% share, followed by Air Canada with 24.7%.

“Having increased connections across Canada and beyond through Edmonton International Airport is vital for our region,” said Edmonton Mayor Amarjeet Sohi. “As a major city contributing to Alberta’s recovery, strong air service will help us create jobs and grow our economy.”