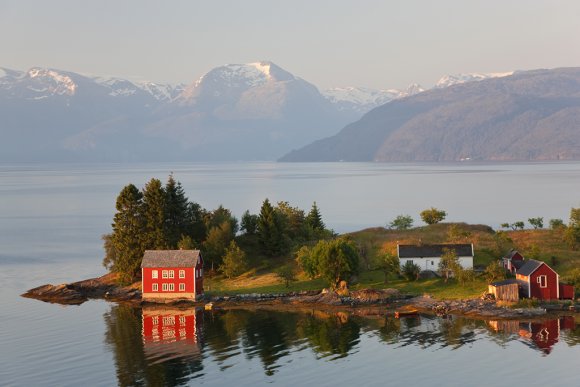 Finnair will launch routes from Helsinki (HEL) to the Norwegian destinations Bergen (BGO) and Tromsø (TOS) in December via contracted regional flights.

In an arrangement common in North America and becoming more frequent in Europe, the routes will be operated starting Dec. 14 by Norwegian regional airline Widerøe, while the flights will be marketed and sold by Finnair.

The flights will be operated with Widerøe De Havilland Dash 8-400 aircraft. “The onboard service will be based on the Finnair dual-class service concept,” Finnair noted.

The HEL-TOS route will be operated 3X-weekly year-round. The HEL-BGO route will be flown 3X-weekly until the end of March 2022, when it will increase to daily for the summer season schedule.

Finnair CCO Ole Orvér says Finnish passengers “will enjoy [nonstop] flights to the Norwegian coast, known for its breathtaking scenery and ideal opportunities for exploring the beautiful fjords,” adding: “We are also happy to be able to offer our customers in Norway great connections to Finnair's network in Europe, Asia and the United States.”