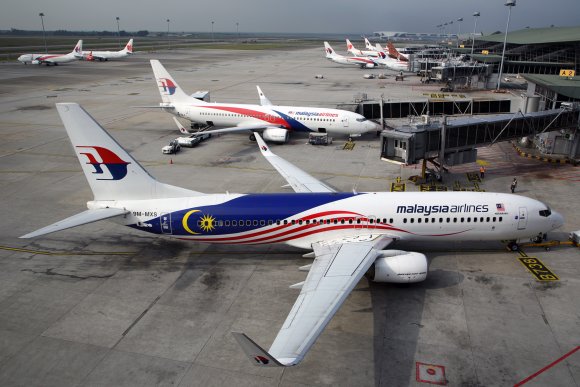 Malaysia and Singapore have announced plans to start a vaccinated travel lane (VTL) from Nov. 29, leading airlines to begin preparations for flights to resume between the two countries.

“More routes from other cities in Malaysia will be added and frequencies increased accordingly as travel demand grows in line with the reopening of more leisure destinations in the near future, subject to approval from the authorities,” AirAsia Malaysia said in a statement.

Singapore has opened VTL lanes with a number of countries, allowing vaccinated passengers to return to international routes operated to and from SIN. Passengers, in addition to showing proof of vaccination, must still be tested for COVID-19 twice during their stay in Singapore. Among the countries with which Singapore has set up VTLs are Canada, Denmark, France, Italy, the Netherlands, Spain, South Korea, the UK and the US.

Meanwhile, Malaysia Airlines and Singapore Airlines (SIA) said they will reactivate their codeshare agreement from Nov. 29. The codeshare accord, before being suspended because of COVID-19, had been deployed for KUL-SIN flights operated by the carriers. The relaunched codeshare pact will be expanded on Jan. 1, 2022, to include 15 domestic points in Malaysia operated to by Malaysia Airlines, plus seven destinations in Europe and two cities in South Africa operated to by SIA.

“The substantial expansion of the codeshare arrangements, within Malaysia and beyond the two countries, comes amid the gradual reopening of international borders and an increase in the demand for air travel,” the airlines said in a joint statement.

“Other points in the Singapore Airlines or Malaysia Airlines network will be progressively added to the codeshare arrangements,” the carriers said, adding: “This significant expansion of the codeshare arrangements is the first phase of a wide-ranging commercial agreement that Malaysia Airlines and Singapore Airlines signed in 2019. Under this agreement, the airlines plan to undertake a joint business arrangement between Malaysia and Singapore, subject to regulatory approvals. This would allow the partners to coordinate flight schedules, offer joint fare products, align corporate programs and explore tie-ups between … frequent flyer programs.”

Malaysia Airlines CEO Izham Ismail said: “Malaysia Airlines looks forward to the long-awaited VTL between Kuala Lumpur and Singapore, the first VTL for Malaysia. This is indeed very timely considering the upcoming festive season and year-end holidays, where residents of both countries have traditionally spent their time either in Singapore or Malaysia. We look forward to more VTLs for Malaysia so we can safely revive travel globally.”

SIA CEO Goh Choon Phong added: “Partnerships with like-minded carriers are an integral part of Singapore Airlines’ strategy … [The VTL will] help to boost the tourism industries in both countries, as well as the wider Southeast Asia region.”

Commenting on the restart of service to SIN, AirAsia Malaysia CEO Riad Asmat said: “The resumption of travel to Singapore signifies great progress of international travel in the region … This shows huge pent-up demand for international travel … AirAsia is proud to support the [VTL] initiative by the governments of Malaysia and Singapore, and we look forward to mounting more flights across the straits.”

Singapore Tourism Board executive director-Southeast Asia John Gregory Conceicao said: "The VTL scheme is a significant milestone to allow for the gradual resumption of travel between Singapore and Malaysia. Singapore stands ready to welcome the return of Malaysian travelers to the city through key partners like AirAsia.”

AirAsia Malaysia has been largely grounded since March 2020. “Despite the flight hibernation for a good part of the past 18 months, all AirAsia’s aircraft are properly maintained according to procedures set by the manufacturer,” the airline said.