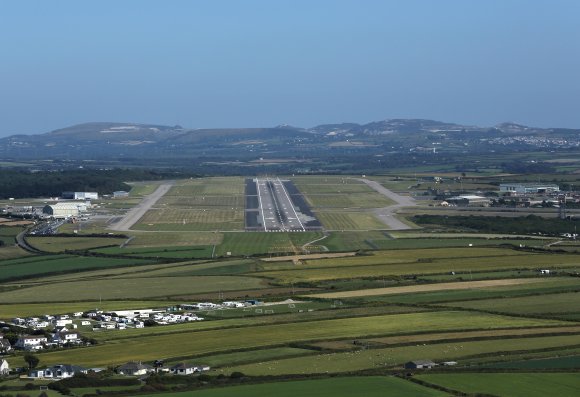 According to the UK Department for Transport, the funds are being allocated as part of the UK’s Public Service Obligation (PSO) program.

The government will provide £1.8 million over two years to support flights within England between London Gatwick (LGW) and Newquay (NQY). The service will be operated by Eastern Airways from Dec. 9.

Additionally, the government will spend £2.5 million over two years to support flights between London City (LCY) and Dundee (DND) in Scotland. The service will be operated by Loganair. A start date for the route was not released.

“The two PSO agreements ensure that people from both ends of the country can stay connected through [nonstop] flights and benefit from economic growth through encouraging tourism and business travel for years to come,” the Department for Transport said in a statement.

UK Aviation Minister Robert Courts added: “We're maintaining these vital transport links, including the hugely popular London to Dundee and the reinstated Newquay to London routes, for people right across the country for tourism and business travel. The government is fully behind UK regional connectivity and strengthening these routes as we build back better from the pandemic.”

LCY CCO Richard Hill said: “Connecting all parts of the UK to London has always been core to our business and we are delighted that the service to Dundee has been extended for another two years. Working alongside Loganair and partners at both ends of the route, our ambition is for this service to develop and grow business and tourist travel between both cities.”