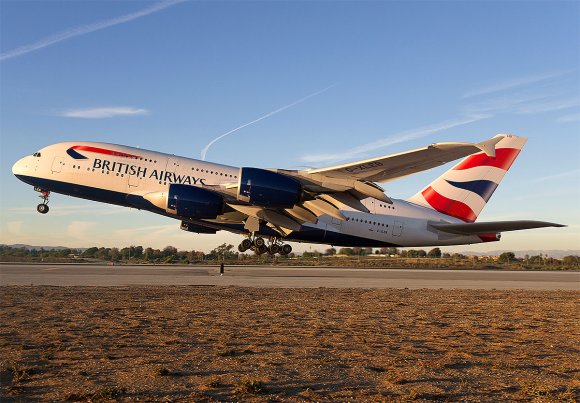 After reintroducing Airbus A380 flights to Frankfurt (FRA) and Madrid (MAD) in November, British Airways on Dec. 3 operated its first post-pandemic long-haul service using the type. The carrier is now operating daily A380 flights between London Heathrow (LHR) and Dubai (DXB), rivalling Emirates on the route.

BA A380 service to Miami (MIA) and Los Angeles (LAX) has also returned, with Dallas/Fort Worth (DFW), Johannesburg (JNB) and Singapore (SIN) earmarked to restart during the first quarter of 2022.

The gradual resumption of BA A380 flights comes as fellow oneworld alliance member Qatar Airways prepares to restore at least five Airbus A380s to its fleet, citing ongoing capacity issues related to the grounding of 19 of its A350s for safety reasons.

The Gulf carrier—which has 10 A380s in its fleet, all of which have been dormant throughout the COVID-19 pandemic—said the measure would be temporary. However, OAG Schedules Analyser data shows that the schedule currently remains in place until the end of 2022.

Once Qatar Airways resumes A380 service, the carrier will become only the sixth in the world to be operating the aircraft type, alongside British Airways, China Southern, Emirates, Korean Air and Singapore Airlines. Qantas is expected to become the seventh in 2022, potentially as early as March.

A look at schedules filed with OAG for December 2021 shows that Emirates is unsurprisingly the largest provider of A380 capacity during the month. The carrier—which has by far the biggest A380 fleet in the world—now has 56 back in service from a total of 121.

Emirates accounts for 86.2% of all A380 capacity scheduled this month, offering 1.3 million seats. The second-largest operator is British Airways with 5.1%, followed by Singapore Airlines with 4%. Overall, carriers are collectively providing 1.53 million monthly A380 seats.

Emirates is currently flying 45% of the A380 capacity offered this time two years ago.

Comparing the data with December 2019 shows a total capacity reduction worldwide of 71%, with the number of airlines using A380s reducing from 14 to six. However, the 1.53 million seats available globally this month is 27% higher than in November 2021, and up 83% on October.

London Heathrow-Dubai remains as the world’s biggest A380 route by capacity—and is set to receive about 219,000 two-way seats this month. Perhaps surprisingly, this is 13.9% higher than in December 2019 when there were 192,300 seats in operation.

Of the top 10 routes by A380 capacity in December 2019, two airport pairs are currently without any service. They are Seoul Incheon (ICN)-Los Angeles and Dubai-Kuala Lumpur (KUL).

The remaining eight airports that made up the top 10 two years ago have each suffered declines of 80% or more, with Seoul Incheon’s capacity 99% lower than in December 2019.