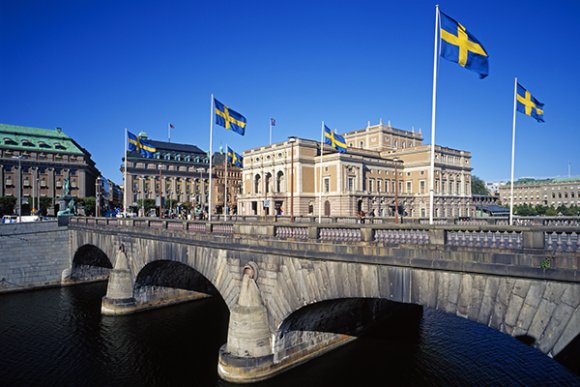 The SkyTeam alliance member will begin the nonstop route on June 1, 2022, onboard Boeing 767-300 aircraft, featuring 216 seats in a three-class configuration. Flights will operate through Oct. 28.

The 6,288-km (3,907 mi.) route to Stockholm was last operated in September 2017 when the airline opted to drop the Scandinavian city from its network. It was previously served using 757-200s, data provided by OAG Schedules Analyser shows.

The carrier’s schedule includes two new routes from Boston (BOS) to Athens (ATH) and Tel Aviv (TLV), as well as the resumption of flights to Rome (FCO) and Edinburgh (EDI).

From New York JFK, service will restart to Zurich (ZRH) in February, Brussels (BRU) in March, and Copenhagen (CPH), Edinburgh and Prague (PRG) in May. Frequencies are also being increased to Amsterdam (AMS), London (LHR), Milan (MXP) and Rome.

Delta will compete in the New York-Stockholm market with Scandinavian Airlines (SAS), Finnair and United Airlines.

After pausing a route from Stockholm to Newark (EWR) in March 2020 because of the pandemic, SAS resumed service between the cities in September 2021 and currently offers five flights per week using Airbus A350-900s.

In addition, Finland’s flag-carrier Finnair operated its maiden flight from Arlanda to JFK on Dec. 7, flying 4X-weekly onboard A350-900s. The move is part of the oneworld alliance member’s ongoing long-haul expansion from Stockholm.

The latest schedules filed with OAG show that United will also restart its seasonal EWR-ARN route on May 13, 2022. Flights will be daily through Oct. 28 using 757-200s.

Before the COVID-19 crisis, Norwegian Air Shuttle served ARN-JFK year-round from May 2013. However, the LCC pulled the route from its schedule in October 2019 as part of a network restructure.