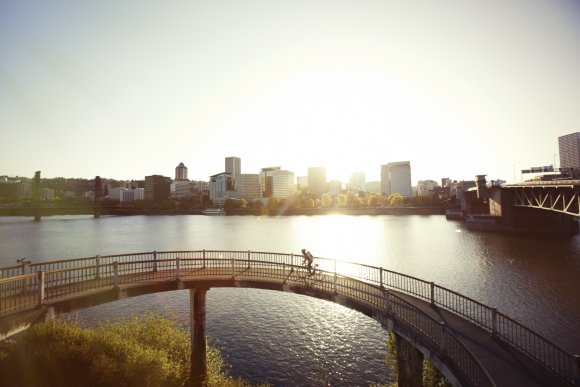 Portland, the largest city in the US state of Oregon, will join British Airways’ transatlantic network during the summer 2022 season—two years later than planned.

The airline originally intended to open a year-round route from London Heathrow (LHR) to Portland International (PDX) in June 2020, but the launch was thrown off course because of the pandemic.

Although the start date was initially pushed back until September last year, the route failed to materialize and later disappeared from the UK carrier’s schedule altogether.

However, BA has now revived plans for the service and expects its first flight to Portland to take off on June 3, 2022. The route will operate five times per week on Mondays, Tuesdays, Wednesdays, Fridays and Sundays using Boeing 787-8 aircraft.

As well as an acclaimed international food scene, Portland is famed for its craft beer and live music, and offers a range of outdoor activities. The city is consistently ranked as one of the most liveable in the US and has some 1,200 technology companies based in its metropolitan region.

Portland International is a hub for BA’s oneworld alliance partner Alaska Airlines, enabling BA to offer codeshare connections to points in Alaska’s network beyond PDX. The two carriers expanded their codeshare relationship in November and Portland will become the sixth BA service to a key Alaska market on the US West Coast.

BA also flies to Los Angeles (LAX), San Diego (SAN) and San Francisco (SFO) in California, as well as Seattle (SEA) in Washington state. Its route from London Heathrow to San Jose (SJC) will also return next year—although the resumption date has been pushed back from late-March until mid-June.

Data provided by OAG Schedules Analyser shows that Delta Air Lines previously served the London-Portland market with nonstop summer season flights, but the route has remained suspended since the onset of the pandemic and there is no indication if or when it will return.

As well as launching LHR-PDX, BA has confirmed that flights to Pittsburgh (PIT) will resume from June 3, 2022. Service from LHR will be 4X-weekly on Tuesdays, Wednesdays, Fridays and Sundays using 787-8s.

The airline started the route in April 2019—the first time it had served Pittsburgh in almost two decades—but flights have been on hold since March 2020.

In addition, BA has scheduled the resumption of London Gatwick-New York John F Kennedy (JFK) next summer, with the carrier’s booking system showing flights will start on May 28. However, LGW-Las Vegas (LAS) has been removed from the airline’s schedule.

BA’s transatlantic network plans were revealed as part of wider announcement issued by the airline partners involved in the Atlantic Joint Business, a venture that started in 2010 between American Airlines, BA and Iberia. Finnair joined in 2013, LEVEL in 2017 and Aer Lingus in 2021.

The update also confirmed that American will resume Charlotte (CLT) to Rome (FCO) flights from April 5, 2022, through Oct. 29. Operations will be daily onboard 777-200s. The Dallas-Fort Worth-based carrier last served the market in October 2019 using Airbus A330-300s.

Additionally, LEVEL will offer flights from Barcelona (BCN) to Los Angeles from March 28, operating four times per week on Mondays, Wednesdays, Thursdays and Saturdays using A330-200s, and Iberia is increasing capacity on four US routes from Madrid (MAD).

Between April and October 2022, the Spanish flag-carrier plans to serve JFK and Miami (MIA) up to 2X-daily, Chicago (ORD) up to 1X-daily and Los Angeles up to 6X-weekly.

As announced last week, Finnair will also operate Helsinki (HEL)-Dallas-Fort Worth (DFW) 4X-weekly from Feb. 6 through Oct. 30, and begin service from HEL to Seattle from June 1 through Oct. 29. Service on the SEA route will be 3X-weekly using A330s.

In a separate statement, Alaska said it would codeshare on 14 transatlantic routes operated by oneworld partners to US West Coast destinations next summer.