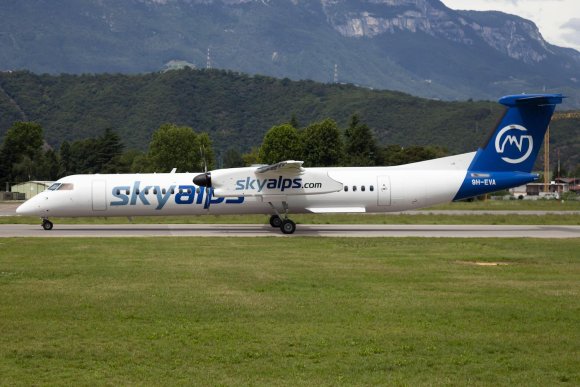 The first scheduled flight to take off from the lengthened runway at BZO, in Italy’s South Tirol province, was to Brussels (BRU). The flight also marked the start of Sky Alps’s winter schedule.

Sky Alps is now offering a total of 13 weekly flights from BZO. The airports to which the regional carrier is flying from BZO include: Berlin (BER), BRU, Copenhagen (CPH), Düsseldorf (DUS), Hamburg (HAM), London Gatwick (LGW) and Rotterdam (RTM). The routes will be flown 2X-weekly, with the exception of BZO-CPH, which will operate 1X-weekly.

Sky Alps will focus on leisure passengers, with an emphasis on transporting vacationers to South Tyrol’s ski resorts. The domestic routes Sky Alps previously offered from BZO to Olbia (OLB), Parma (PMF) and Rome Fiumicino (FCO) are not being offered this winter.

Sky Alps is a subsidiary of Italian renewable energy specialist Fri-El Green Power, which has management connections with BZO.

The formerly Innsbruck-based Tyrolean Airways made the first attempt in 1999 to offer scheduled services from BZO with routes to FCO and Frankfurt (FRA). But both routes failed to be economically successful. In 2002, Austria-based Air Alps operated scheduled services from BZO, and between 2013 and 2015, Switzerland’s Darwin Airlines—operated by Etihad Regional—flew the BZO-FCO route without commercial success.