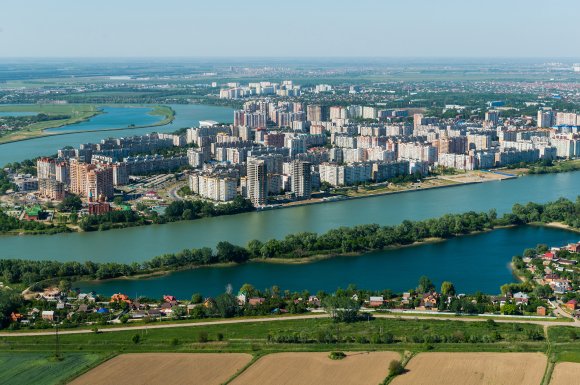 Fresh from announcing plans to enter Russia’s market with flights to Moscow, Wizz Air Abu Dhabi plans to add a second destination in the country from February.

The airline, a joint venture between Wizz Air and Abu Dhabi state holding company ADQ, will open an Abu Dhabi (AUH)-Krasnodar (KRR) route on Feb. 17, 2022, operating twice a week on Mondays and Fridays.

The planned launch comes after the airline’s maiden service to Russia, linking Abu Dhabi and Moscow Vnukovo (VKO), began Dec. 15. Flights are four times per week before increasing to daily from Feb. 6.

Krasnodar is located in southern Russia on the Kuban River, within close proximity of the Black Sea. Its geographical location makes it a popular transfer point for traveling to the south of Russia, eastern Europe and western Asia.

Once the route starts, Wizz Air Abu Dhabi will become the sole operator of flights between Abu Dhabi and Krasnodar. However, the ULCC will face indirect competition from flydubai, which currently serves KRR from Dubai International (DXB) twice a week, offering about 700 two-way seats. Flydubai entered the market in September 2013.

Although the lack of direct service meant O&D traffic between Abu Dhabi and Krasnodar was negligible in 2019 at just 162 two-way passengers, Sabre Market Intelligence data shows, Wizz Air Abu Dhabi will be hoping its low fares will stimulate demand.

The wider United Arab Emirates-Krasnodar market stood at 25,789 two-way passengers in 2019, down by 8% on the previous 12 months.