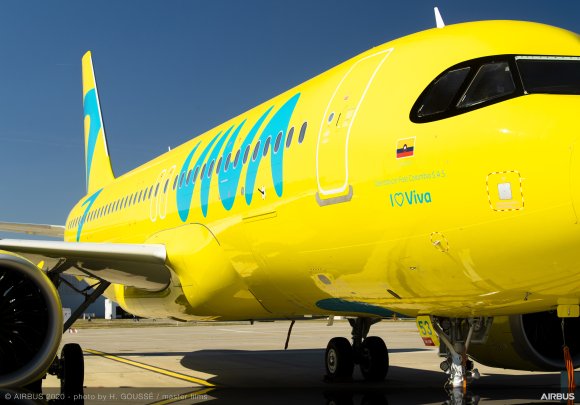 Five new cities will join Viva Air’s domestic network in Colombia during the first quarter of next year as the airline continues to expand its footprint in the Latin American country.

New destinations include Armenia, a city in western Colombia framed by the Andes mountains and home to a population of about 300,000, and Pasto in the south of the country, known for its carnivals, museums and Lake Guamuez.

Viva will also start serving Neiva in south central Colombia, Valledupar in the north-east, and Villavicencio in the central region, southeast of the capital Bogotá.

The five additions are part of the airline’s plan to launch 14 new domestic routes from March 2022, increasing the number of airports served in Colombia to 18.

According to data provided by OAG Schedules Analyser, Viva serves 31 domestic routes in Colombia during December 2021, offering about 760,000 seats during the month. The ULCC is currently the third largest provider of domestic capacity with a 22.6% share of the market, behind Avianca with 42.3% and LATAM Airlines Group with 26.4%.

Speaking to Routes earlier this year, Viva CEO Felix Antelo discussed the carrier’s strategy to increase market share in Colombia. The airline’s “Hub Medellín” project hopes to make air connections from the city as important as ones from Bogota (BOG).

Meanwhile, in November, Viva and Viva Aerobus signed the first interline agreement between two ULCCs in Latin America, which will enable them to offer more flight options to their passengers in Mexico, Colombia and Peru.

The first phase of the partnership will focus on the airlines’ respective routes between Bogota and Mexico City (MEX), but a second stage is envisaged that would allow codesharing across their wider networks.