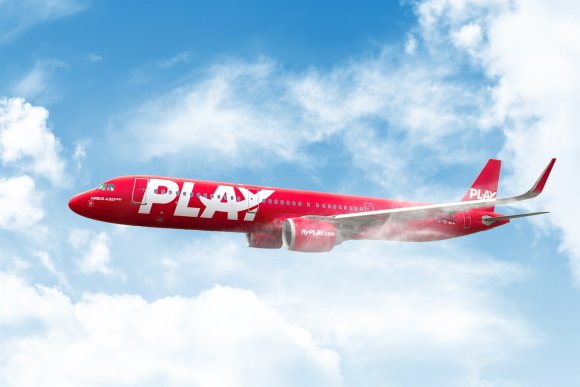 PLAY, the Icelandic carrier launched in June, has unveiled its maiden destinations in the US.

The airline will begin service to Baltimore/Washington International (BWI) in April 2022 and Boston Logan (BOS) the following month as part of a strategy to offer connecting flights between Europe and the US via Reykjavik Keflavik (KEF).

The planned launch comes less than two months after the US Transportation Department approved the LCC’s request for a foreign air carrier permit.

PLAY will operate from London Stansted (STN) to Baltimore/Washington from April 20, flying four times per week. The route will include a 1-hr. 25-min. layover in Reykjavik.

Service between London Stansted and Boston will start on May 11, also departing four times a week with a 1-hr. 50-min. layover.

Launched by a team of former executives from WOW air, PLAY intents to operate a similar strategy to the defunct Icelandic carrier, stimulating demand between Europe and North America via Reykjavik with its low-cost fares. WOW’s biggest connecting flows were Berlin to New York, London Gatwick to Washington and Paris to Washington.

The planned launch of the route to Baltimore/Washington will come just weeks before Icelandair makes its return to the Maryland airport. Icelandair intends to open a seasonal service from Reykjavik starting on May 13 through October. Flights will be 4X-weekly using Boeing 737 MAX 8 aircraft.

Icelandair has long served Washington Dulles (IAD), located about an hour's drive away from BWI. However, the airline began flying KEF-BWI in May 2018, going head-to-head with WOW air, which had served the route since May 2015.

Icelandair’s flights ran until January 2019, while WOW air operated KEF-BWI until its failure in March 2019.

Since WOW air’s exit from the market, KEF-BWI has remained unserved nonstop. Icelandair continued KEF-IAD and—after suspending service during the pandemic—flights resumed in May 2021. The route is currently operating 4X-weekly using 757-300s and 767-300s.