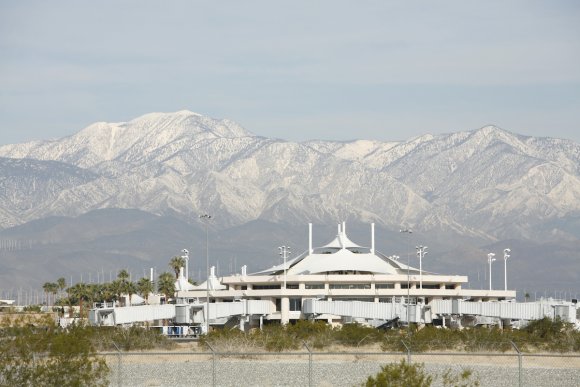 US regional aha!, the independent brand launched in 2021 by ExpressJet Airlines, this week added Palm Springs (PSP), California, to its growing network.

The leisure carrier operates from a base at Reno-Tahoe (RNO), Nevada, to destinations in the western US with 50-seat Embraer ERJ-145 aircraft. The revived airline—ExpressJet ceased flying contract flights for major US carriers in 2020—launched with eight routes in October 2021. All routes are nonstop from RNO, connecting the Nevada airport with cities 1-2 hours flying time away.

The carrier launched its ninth route—RNO to Spokane (GEG), Washington state—in December. This week aha! began flying between RNO and PSP, marking its 10th route. All the carrier's routes are operated 3X-weekly.

“The quick, nonstop flights aboard ExpressJet 50-seat Embraer ERJ-145 regional jets give travelers more time on the ground to make the most of their vacation time without the hassle of a long drive or multiple airport stops and layovers,” ExpressJet said in a statement explaining the aha! concept.

ExpressJet said it plans to announce aha! service to additional cities in 2022, "offering travelers in the western United States the opportunity to enjoy exciting, short vacations to Reno and Lake Tahoe."