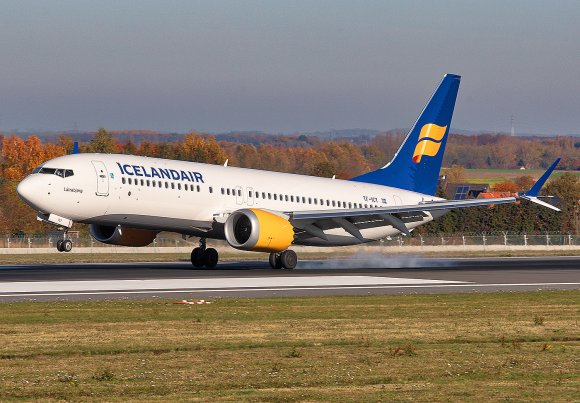 Icelandair is adding a trio of new leisure destinations to its European network, launching flights from its Reykjavik Keflavík (KEF) hub to points in France, Italy and Spain.

The airline also intends to resume service to Montreal in Canada, last operated regularly during summer 2019.

Alicante (ALC), a port city on Spain’s southeastern Costa Blanca, will be the first of the three new additions in Europe to start. Flights are set to begin on Feb. 10 and run until late October.

Although Icelandair has offered charter flights to the popular vacation destination in the past, the launch of the route marks the carrier’s return on a scheduled basis after almost a decade absence and will see the airline go head-to-head with Icelandic startup PLAY.

Icelandair said its frequencies on the route would vary, but flights would operate twice a week during the summer season from April 28 on Mondays and Thursdays.

Two more European routes will launch from July 6, connecting Reykjavik with Nice NCE) and Rome Fiumicino (FCO). Operations to Nice will be 2X-weekly on Wednesdays and Saturdays until Aug. 27, while Rome will also receive two flights per week on Wednesdays and Sundays until Sept. 4.

The latest schedules filed with OAG reveal that Icelandair will be the sole operator of Reykjavik-Nice flights but will compete with Hungarian ULCC Wizz Air on the Reykjavik-Rome sector. Wizz’s KEF-FCO route will start on March 12, operating three times per week.

“As we enter the New Year, we are seeing the signs of recovery for the travel industry,” Icelandair president and CEO Bogi Nils Bogason said. “We are excited to be able to add these three new destinations to our already extensive route network, further facilitating growth in both the inbound and outbound markets.”

Icelandair added that transit passengers flying between North America and Europe via Reykjavik would be able to take advantage of a multi-day stopover in Iceland at no additional cost.

In the North American market, Icelandair’s route to Montreal (YUL) returns on June 24, running three times a week on Wednesdays, Fridays and Sundays until Sept. 25. The carrier first began the KEF-YUL route in May 2016 and offered seasonal summer service until the end of the 2019 season.

The planned resumption comes less than a month after Icelandair announced the addition of a new US destination for the summer season. Flights from KEF to Raleigh-Durham (RDU) in the state of North Carolina will be served 4X-weekly from May 12 using a 160-seat Boeing 737 MAX.

Michael Landguth, president and CEO of the Raleigh-Durham Airport Authority, said: “Icelandair will help meet that growing demand by offering leisure and business travelers nonstop service to a new destination and global connections to major cities on both sides of the Atlantic.”

Overall, Icelandair plans to offer nonstop flights to 43 international destinations in summer 2022—29 in Europe and 14 in North America. Bogi Nils Bogason described the schedule as “ambitious.”