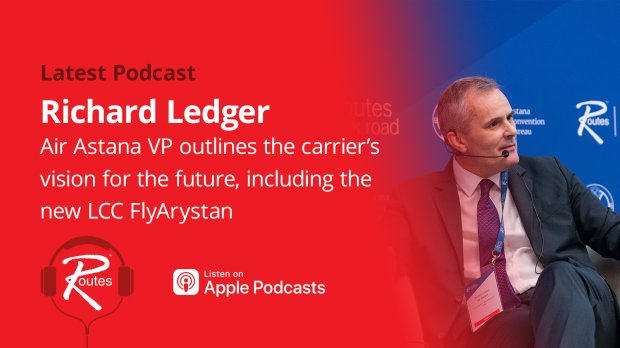 Recorded live at Routes Silk Road 2019 in Nur-Sultan, Richard Ledger, the vice president marketing and sales at Air Astana discussed the expected boom in low-cost flying in Kazakhstan, particularly on domestic routes, following the launch of its subsidiary FlyArystan.

“The whole market is open to LCCs," he said. However, he added that “we must ensure that from a regulatory standpoint there’s nothing that stops legacy carriers from competing”.

Ledger also explained the impact the incoming A321LR aircraft would have on the fleet of both Air Astana and FlyArystan.