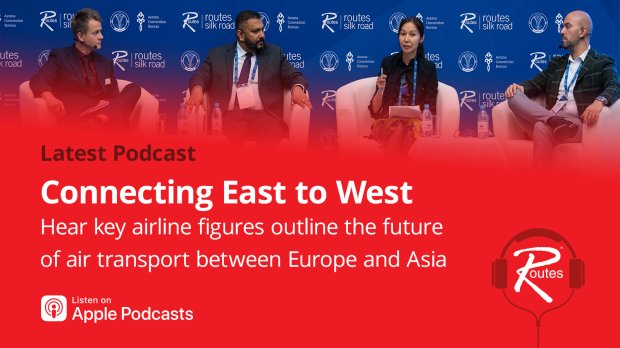 Connections between the east and west came under the microscope at Routes Silk Road 2019 in Nur-Sultan, Kazakhstan.

Haradasa revealed that AirAsia Group could soon be making a return to Europe after seven years’ absence thanks to more economical aircraft. The group's last routes to Europe, operated by Airbus A340-300s, were discontinued by the airline in 2012.

Haradasa said: "We didn’t have the right aircraft. The A340-300, as everyone knows, is a fuel guzzling aircraft and fuel was quite high (in price) and we didn’t have enough seats to make it work.

“We’re now looking at connecting the west with the east but we are keeping our options open with the main priority of growing Asia first.”

In the event of European routes being relaunched, Haradasa said it would most likely focus on the leisure trade and connecting secondary cities, although this is not expected to limitations for travellers arriving in Asia.

He added: “We’re a lot stronger as a network in Asia now compared to ten years ago.”