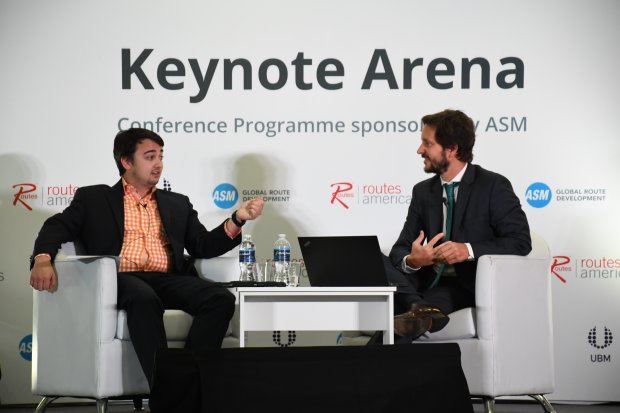 We speak to Javier Suarez, vice president network and fleet planning at VivaAerobus, which claims to be the fastest-growing low-cost carrier in Mexico.

VivaAerobus transported about eight million passengers in 2017, which represents growth of about 30 percent compared to 2016, with an impressive load factor. It also launched 23 new routes, taking its total to 88 routes and 37 destinations.

In 2018 the carrier is looking to add additional destinations in the US to its network, with New York JFK a target. Javier also discusses the airline’s fleet expansion plans, why VivaAerobus is growing so quickly, and US protectionism policies.

Javier spoke to Routes Americas 2018 as part of the Conference Programme, which was sponsored by leading aviation consultancy ASM. Here’s the interview, which is conducted by Will Livsey from FlightGlobal.