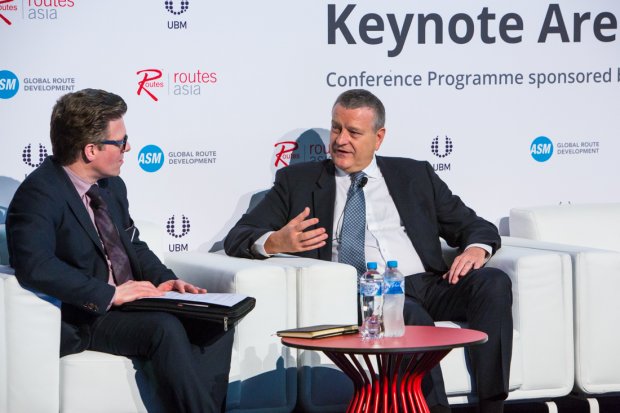 Rob Sharp, the group executive of Virgin Australia, has a 20-year career in aviation and was appointed to the role in summer 2017 after four years as CEO of the group’s low-cost arm Tigerair Australia.

In a wide ranging interview recorded at Routes Asia 2018 in Brisbane, he explains that Virgin Australia is looking to expand its international focus using its fleet of wide-bodied Airbus A330 aircraft - and why China will be a key market in the future.

The interview was conducted live on stage by Nigel Mayes, senior vice president of consulting and product development at leading aviation consultancy ASM.