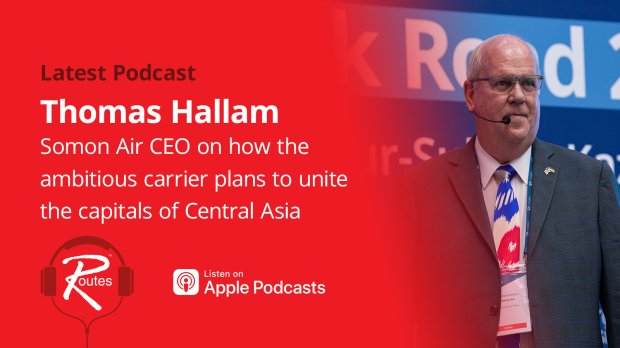 Captain Thomas Hallam is the chief executive of Somon Air, the first private airline in Tajikistan and currently the country’s only carrier operating scheduled service.

In a keynote interview at Routes Silk Road 2019, he outlined how the airline was aiming to forge strong partnerships inside and outside the Central Asia region.

He said: “My goal is to greatly increase connectivity, and it’s about beginning the process of working together. The more we’re working and talking together, the more we can understand where we complement each other.”