Yesterday’s Routes Americas Strategy Forum attempted to highlight some of the key issues that are impacting the commercial aviation business across the entire Americasregion.  With a high profile list of speakers the content was specially developed to provide a unique insight into the business with informed moderators ensuring the key issues were not glossed over.

The HUB highlights the key quotes from yesterday's discussions... 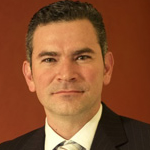 “Our 2015 vision is to be the leading Latin America carrier.”

“The level of competiveness in Colombia has increased, also there are more European and US airlines coming in and that is positive to see, how the industry has been well served and passengers have a lot more choice.”

“One thing that has not kept up the pace and that is infrastructure plans that are going through implementation.  Bogota’s El Dorado International Airport master plan will deliver 14-16 million passenger capacity by 2020, but in 2011 El Dorado traffic was 20.1 million.”

“We are very constrained as an industry, 30 per cent of our flights at ALTA airports are from congested airports and that’s before we take into account all the growth forecasts – we need long-term planning.”

“On limitations of anti trust on route planning, the idea of a whole alliance making plans, it does not happen.  Typically what alliance leadership does is show airlines what the options are to foster the relationship with one airline and then the next. Star Alliance just provides a framework for a member to expand within a limited bilateral environment.” 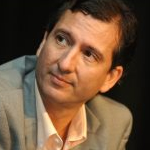 “Of every dollar of airport taxes and charges, some $4 billion a year, only 50 per cent or as little as 30 per cent of this is reinvested in the aviation industry, much is invested in social and other government programmes. It would be better reinvested in airport infrastructure.”

“If you look in terms of people, we already have a 24 million new middle class and this has helped to almost double passenger numbers in the last ten years.”

“There were 687 city pairs ten years ago, today it is close to 1,000, this has been dramatic but we are still restricted, we still have high bottle necks in terms of infrastructure.”

“Ten years ago there were 101 airlines operating in Latin America, now it is 79. Consolidation is going to continue to and we are going to see more joining alliances”

“Ten years ago they did not exist, now they control close to 50 per cent of the market in Brazil and Mexico.” - On low-cost carriers.

“There already are bottle necks, that has a cost, one thing we are trying is to calculate how much this bottleneck is costing, it really has a societal cost.”

“The issue (of introducing visa restrictions) is preventing terrorism, but if you think back to 20 years of terrorism most have had the right of residence in the target and the rest are home grown terrorists, so it is a superfluous argument.”

“We do not go into alliances, we sub contract which is very far from an alliance, there has been no situation where we can consider an alliance with a competitor, that’s not to say we can’t, its just we haven’t investigated that idea.”

“We are very focused on price sensitivity, especially among the VFR traffic, this is a big market especially around Mexico City.”

“When we started operating in 2006 there were 14 airlines operating in Mexico, low-cost carriers had a bad image.  We decided to come in with a hybrid model and offer customers more services and lower prices.”

“In reference to the less mature markets there is more opportunity for LCCs, they have to be able to bring people from not flying at all and convince people skipping using the bus.”

“We need to give the best value to consumers and utilise mobile technology, implement more efficient business practices so business travellers can go much faster to where they need to go”

“We need to work with the government and city authorities to play the game to advance the interests of aviation.”

“The US government understands what the aviation industry needs, I hear it all the time, the way forward is if airlines are looking for something they have to let somebody know it’s government is a big, big entity, and having a common understanding across departments, that is something we are far from having. The more you reach out to the different agencies we in government have a better chance of achieving what everyone is looking for.”

“We have 109 open skies across the world, in the case of Brazil we have seen a 10 per cent increase in traffic in 22 months within the US-Brazil market.”

“We still have countries where governments protect local airlines but it is slowing coming down. The countries that do not protect their airlines do not have an internal market, those countries that do like the US and Brazil have a protectionist stance, but this too is falling. What in my view is not being reduced though is the role of taxation, which is the sister of regulation.”