The tiny Faroe Islands archipelago the between the Norwegian Sea and the North Atlantic Ocean, approximately halfway between Norway and Iceland, may only have one commercial airport where local carrier Atlantic Airways dominates, but it is keen to promote new air links into Europe.

The country’s air gateway, Vagar Airport and tourism promotion agency Visit Faroe Islands were promoting the destination in Aberdeen this week, the first time they have ever had a stand presence at Routes Europe. “We are looking forward to some positive results,” Jákup Sverri Kass, chief executive officer, Vagar Airport told Routesonline. “As we only have the one carrier serving our islands, we are keen to attract some more.”

The airport set a new traffic record last year with 250,287 passengers using the facility in 2014, up six per cent on the previous year, thanks in part to an investment in the airport. Since the runway at Vagar Airport was extended from 1,250 meters to 1,799 meters in 2011 and new navigational instruments were fitted both traffic and on-time performance figures have increased dramatically.

Denmark-registered Faroese national carrier Atlantic Airways currently operates three Airbus A319s on the only scheduled flights from Vagar, recently launching a new link to Edinburgh. The airline recently launched a revised business strategy that includes higher frequency services on some existing markets and a few new destinations. Kass said he is “very satisfied” with the development, albeit “disappointed” about route closures.

“It is a shame that a few routes have been cancelled; but Vagar Airport hopes to attract new operators to the cancelled routes,” he said. ““We strongly believe that the unexplored marked of the Faroe Islands has big potential both when it comes to leisure and business-traffic and we hope that we will be able to attract a few European operators to include the Faroe Islands in their route development plans for 2015 and onward.” 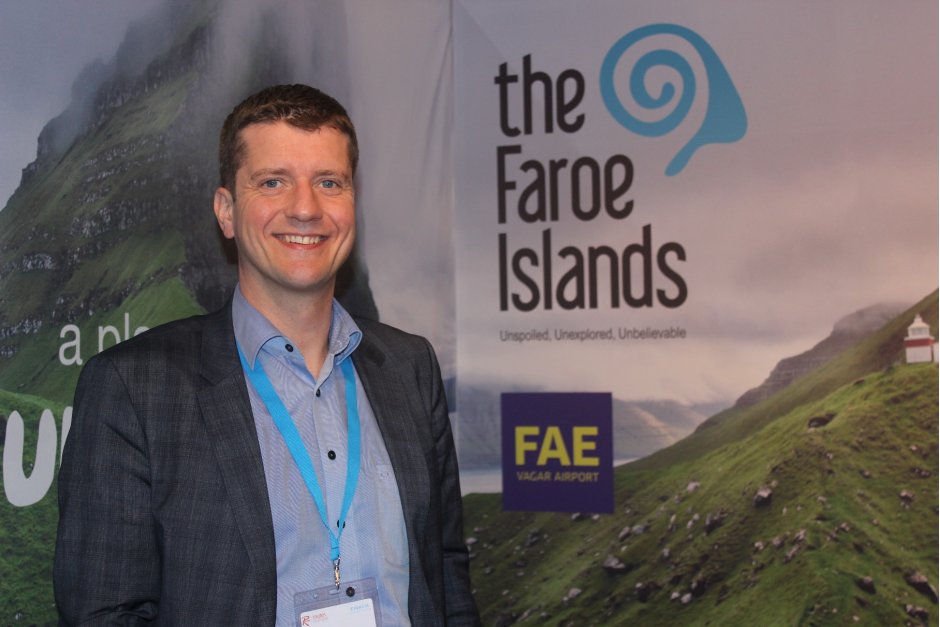 Last year Vagar also welcomed a record number of ad hoc charters in 2014 as Boeing 737-700s, Airbus A320s and other smaller regional jets and turboprops from a number of European operators arrived at the airport’s new terminal and service buildings, which inaugurated in June 2014 and offer more comfort to arriving and departing passengers.

“Not being a part of the European Union, tax-free revenue is a very important part of the revenue base of the airport”, said Kass.

Back in 2012, the government of the Faroe Islands doubled the marketing-funds of Visit Faroe Islands and they lowered government-tax on tickets. This, together with the fact that the Faroese economy is strong and demand for both leisure and business travel is on the increase, Vagar Airport expects the growth in passenger traffic to continue.

Vagar Airport was originally a military installation, built by British forces during World War II. In the early 1960s the need and popular demand in the Faroe Islands for civil aviation grew to the point of modernising the runway to facilitate passenger traffic. It became operational for civil aviation in 1963, initially restricted to just propeller aircraft, but since 1977 jet aircraft have been able to use the airport.

“The Faroe Islands are the hidden gem of the Scandinavian countries. To a lot of people we are unknown, to others we are this exotic destination in the middle of the North Atlantic Ocean. With the increasing tendency to seek north for new destinations we believe that the Faroe Islands are the perfect choice for the selective traveller,” added Kass.