Almost 30 years after its last served the United States city of Chicago, Icelandair has revealed it will relaunch scheduled year-round services to the Windy City from the summer 2016 schedules with the introduction of a four times weekly link between its Keflavik International Airport hub and Chicago’s O’Hare International Airport.

The new flight, which will commence from March 16, 2016, will provide further connectivity options between Chicago and Europe with more than 20 destinations across the Continent conveniently served by Icelandair from Keflavik. The Windy City will be the 15th North American destination in the Icelandair network and adds to the airline’s new flights this summer to Portland.

Icelandair has a long history over which it has successfully operated between the United States and Europe, providing alternative itineraries for customers flying across the Atlantic with the added opportunity to stop over in Iceland on outbound, inbound or both legs. It had previously served Chicago for a 15-year period from 1973, ending its three times weekly Douglas DC-8 service in October 1988.

"We are excited to return to Chicago as a bigger, better airline that can best serve the dynamic market of this world-class city and its nearly 10 million inhabitants,” said said Birkir Holm Gudnason, chief executive officer, Icelandair. “Chicagoans will now have a refreshing alternative when traveling to Iceland and beyond, and Icelanders and Europeans will have direct access to the vibrant and historic city of Chicago."

“Icelandair’s decision to bring nonstop flights to Chicago not only demonstrates the attractiveness of our world-class city for tourism and business opportunities, but highlights O’Hare International Airport as a true global gateway,” said Chicago’s Mayor Rahm Emanuel. 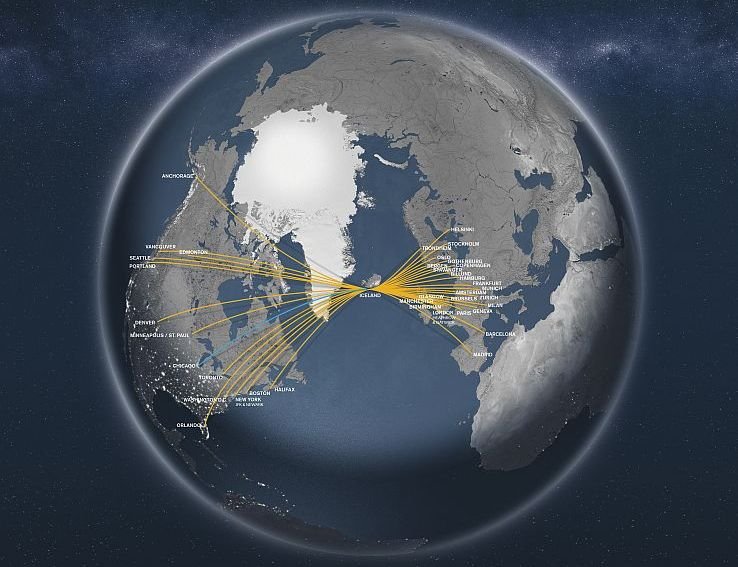 Icelandair has been the main catalyst in bridging North America and mainland Europe through Iceland, helping boost tourism to its home country in record numbers and despite its at time chilly environment, has made it one of Europe’s hottest destinations. It is now rivalled in the Transatlantic market by low-cost carrier WOW air which this summer has inaugurated flights into the United States.

The important role of European connections in Icelandair’s business model is clear in our analysis of passengers on its flights from Keflavik International Airport to destinations across North America. The data shows a greater number of European-originating passengers generally fly across the Atlantic on its flights to local demand, the latter figure also artificially exaggerated by those making stopovers in Iceland. In fact last year local demand actually exceeded ‘behind’ demand for the first time.

Icelandair has significantly grown its network over the past couple of years and this is clear when you look more closely at the number of passengers the carrier is flying from Iceland to its network across North America. Since 2010 traffic levels in this market have more than doubled (up 129.1 per cent), an average annual rise of 32.3 per cent up to last year.