Canadian carrier WestJet Airlines this past weekend inaugurated a new route to the UK with the introduction of Transatlantic service between Halifax, Nova Scotia and Glasgow. The Scottish city is the second European destination and first route into the UK for the Canadian carrier as it further expands its long-haul network.

Following the success of its flights between St John’s and Dublin last summer, the carrier is offering a daily operation between Halifax and Glasgow from May 29, 2015 until October 23, 2015 using a Boeing 737-700. Like the St John’s – Dublin operation, the link will provide a same-aircraft connection to and from Toronto with other connections available to Montreal, Ottawa, Winnipeg, Calgary, Edmonton, Vancouver and 16 other cities in WestJet's Canadian network. 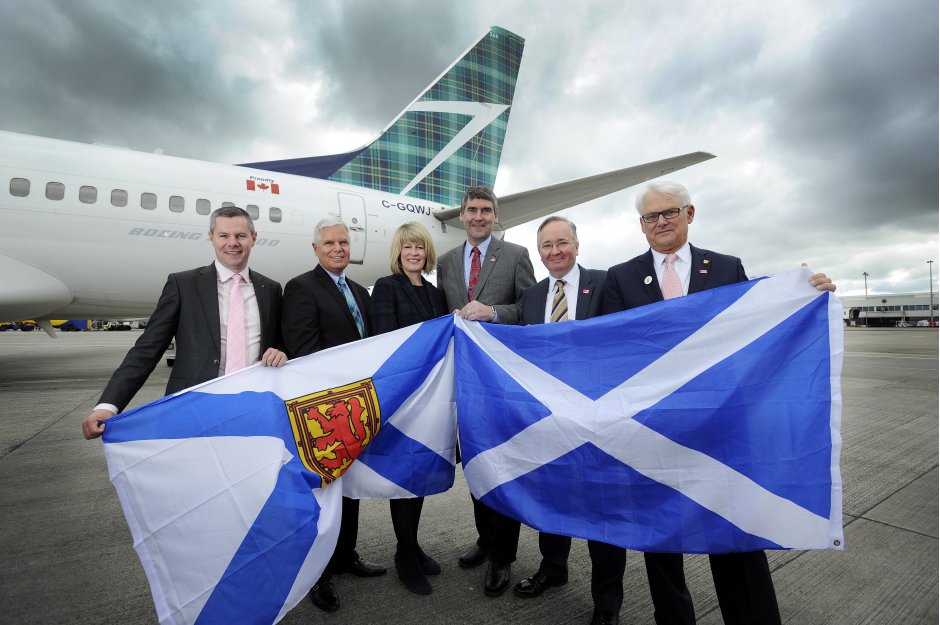 “To be able to welcome an airline such as WestJet is fantastic news for the airport and our customers. We have always been proud of our long haul connectivity and WestJet, which has an extensive route network throughout North America, will play an important role in strengthening the already close relationship between Scotland and Canada,” said Amanda McMillan, managing director of Glasgow Airport.

Nova Scotia and Scotland have always had close ties and WestJet expects its new flights to be popular with Nova Scotians visiting family and friends, Canadian visitors looking for a uniquely Scottish experience and with British guests travelling to Canada.

"Many Nova Scotians and Canadians trace their family roots back to Scotland and will be thrilled with increased ability to connect," said the Honourable Peter MacKay, Regional Minister for Nova Scotia and Minister of Justice and Attorney General of Canada. "WestJet's addition of this direct flight to Glasgow will not only strengthen economic ties with Europe, furthering opportunities for trade in concert with CETA, but will also strengthen significant ties to a country that has had a significant impact on Canada's cultural, social, artistic, military and political fabric."

To mark this relationship, WestJet has numbered the Scotland-bound flight, ‘WS 30’ in honour of St Andrew's Day, which falls on November 30. This second transatlantic flight from WestJet is around a five-hour 15-minute sector time, which it says is “only a wee bit longer than” the airline's current domestic flight from Halifax to Calgary. The airline has also introduced a specially commissioned ‘WestJet Tartan’ which is adorning the tails onto the aircraft which are dedicated to serving the route. 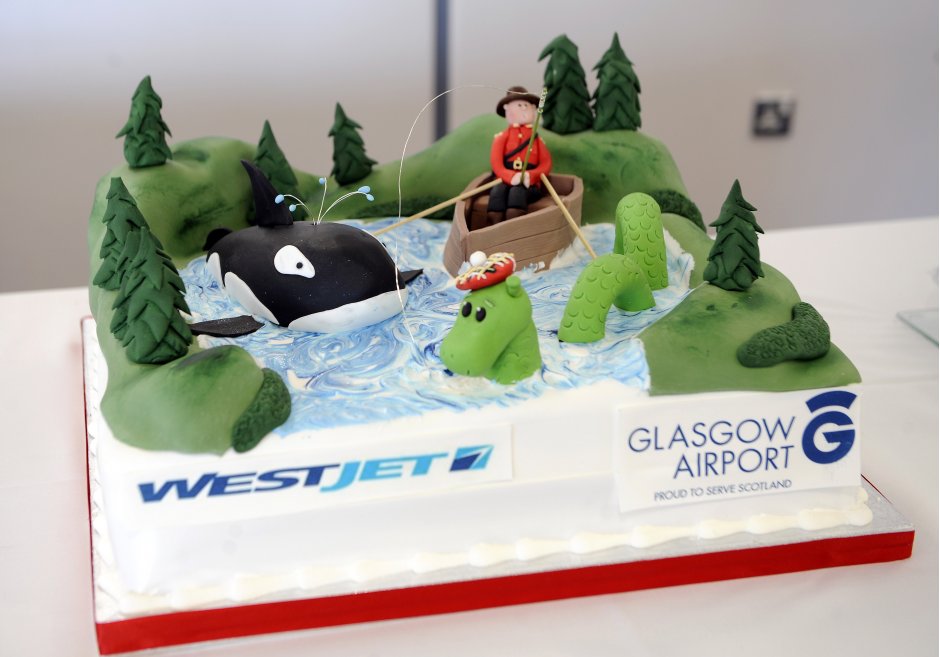 Canada is Glasgow’s second largest international market with 37,000 trips made each year by Canadian visitors who generate £12 million for the city’s economy.   Some 4.7 million Canadians have Scottish ancestry, with 24 per cent of them wanting to visit Scotland in search of those roots, according to Visit Scotland data. “The new WestJet route from Halifax to Glasgow presents a sizeable opportunity for the tourism industry in Scotland to tap into an ancestral market worth up to £450 million over the next five years,” said Mike Cantlay, chairman of VisitScotland.

According to data from the UK Civil Aviation Authority, over 85,000 passengers flew between Glasgow and three Canadian destinations served directly from the Scottish city - Calgary, Toronto and Vancouver. In previous years annual demand has exceeded 115,000. In our analysis, below, we look at O&D demand between Glasgow and Halifax, highlighting the large passenger flows through the second half of the 2000s when the Scottish city was last linked to Halifax.

The Nova Scotia provincial capital is currently linked year-round to London Heathrow by Air Canada, while the last three summer’s Air Transat has offered a seasonal flight to London Gatwick. Glasgow has previously had direct seasonal flights to Halifax, operated most recently by flyglobespan in summer 2009 and before that by Zoom Airlines from summer 2005 through to summer 2008.

Here's a video of the festivities at Glasgow Airport to welcome the arrival of the inaugural flight on May 30, 2015.