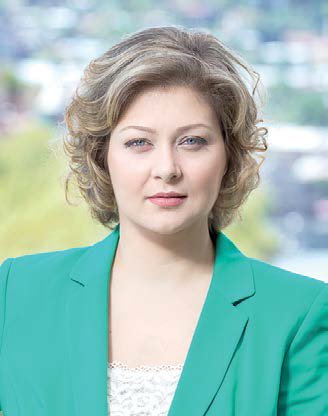 The United Airports of Georgia (UAG), under the auspices of the Ministry of Economy and Sustainable Development of Georgia, will again host Routes Silk Road in Tbilisi (5-7 July 2015). And UAG CEO, Kate Aleksidze, is confident that last year’s remarkable success can be repeated. In 2014, the 100% state-owned operator won Kutaisi service to Istanbul from Pegasus as well as Tbilisi services from Air Arabia and Aeroflot to Sharjah and Moscow respectively. “We hope to develop further new destinations from the event this year,” she says. “After all, we have to plenty to offer.”

Tbilisi and Batumi are operated by TAV Airport Holdings (TAV Georgia) on behalf of UAG under a concession agreement while UAG operates Mestia and Kutaisi. Aleksidze says it is a set-up and relationship that works well. “We look to find solutions that suit all parties,” she says. “What is good for the airlines and the passenger is good for us too. And TAV is doing a good job. They offer global expertise and we integrate that into our expertise at the local level.”

The evidence is in the traffic figures. Georgian airports have experienced a robust 17% compound average growth rate for the past eight years, with 2014 increases of up to 25% prompting a traffic volume nearly four times the 2005 total.

The growing interest in the country can be seen elsewhere. Frequencies to Astana in Kazakhstan are on the increase, for example, and Tbilisi is increasingly linked to the Gulf, an emerging powerhouse of global aviation.  Qatar Airways and Air Arabia have flights to their respective hubs and flydubai has also seen the potential in the Georgian capital.

The growing importance of Kutaisi is another feather in the cap. When the airport opened in 2012, observers wondered whether this was a simple redistribution of the traffic – offering a more convenient stopping point than either Tbilisi or Batumi for those visiting the north-east region. “But Kutaisi hasn’t taken any traffic away from other airports,” says Aleksidze. “In fact, we have offered a new product that has stimulated demand and created a new market.”

Kutaisi was set-up especially for low cost carriers and Wizz Air is one of the airlines that has taken full advantage, offering flights to Vilnius, Warsaw, Katowice, Kiev and Budapest at competitive prices.

Aleksidze sees the advantages of the low cost product and would like to attract more LCCs to Kutaisi, which would, she feels, not only further invigorate the market through competitive fares but also bring a wealth of new destinations to the table, putting Georgia on the map as a tourist hotspot.

Flying somewhere new is not something that major carriers usually offer. If UAG can expand and diversify its network, “that can only be a good thing”. China and India are also on the wish list. “There is great potential in those markets but they tend to need a lot of work to fully realise that potential and develop the network,” she says. “Even so,  they are great markets for the future.”

A mixture of elements helps UAG attract airlines. When it comes to presentations, these are specifically honed for the individual airline. It is not just a case of what is presented but how it is presented, says Aleksidze. Each carrier represents a unique business case and so a one-sizefits- all approach rarely hits the mark.

Traditional research underpins the presentation, however. The relationship between the two countries plays an important role, for example. What are the cultural and trade links and how can they best be served?

This and a variety of other data provide the key figures that need to be put across as emphatically and succinctly as possible. “But it is important not to overload an airline,” says the UAG CEO. But Aleksidze freely admits that it is Georgia that is often the trump card. “The best thing about Georgia is that it has not been over-exposed to the outside world,” she says. “So there is a real sense of adventure and discovery. This is very appealing for a lot of travellers.

There are nine climate zones even though we are a small country so you can go swimming and skiing in the same day.” Add to that a growing economy, which is attracting a lot of foreign investment and multinational companies, and you have the best of both worlds – and a magnet for airlines looking for profitable routes.

Vision for the future

“The vision is really to keep on growing.” Aleksidze sums up. “We are developing the country and developing the market for air travel. We have achieved a lot over the last decade in terms of infrastructure development and passenger number growth. However, there is much more to come and this is what we are working on.”

UAG is gearing up for that eventuality by working with TAV to analyse traffic potential 12 years out – the end of the concession term. The result will provide a good framework for development plans at Tbilisi and Batumi airports. As it stands, Tbilisi had a new terminal in 2007 that is still working well, Kutaisi is a brand new facility and the other two airports are smaller and easier to upscale when demand dictates.

Both airside and landside improvements are being considered for Tbilisi though, reveals Aleksidze, reiterating that UAG and TAV are very closely aligned on meeting the needs of airlines and passengers. There are challenges to overcome. Kutaisi, being new, is still vulnerable to market shocks, for example. Equally possible, though, is a massive growth spurt.

Either scenario makes planning – especially major developments that are years in construction – particularly problematic. The consolation is that UAG has a positive relationship with the Georgian

National Tourism Administration, which is important to future planning. It also works well the government. The company falls under the auspices of the Georgian Ministry of the Economy, making it clear that the value of aviation to the greater well-being of Georgia is not being overlooked.

“It makes my life a lot easier!” exclaims Aleksidze. “We are all very aware of the role that tourism and business connectivity plays to the Georgian economy. There is a very strong direct and indirect contribution from aviation.” The interest shown by airlines and the new routes already secured have proved that there is still huge potential for the Georgian aviation market. The attention gleaned from the inaugural Routes Silk Road placed Georgia at the centre of the aviation industry and 2015 seems sure to replicate that focus.