European flag carrier, Air France is to introduce a third destination in Scotland and ninth in the UK to its network in summer 2016 with the launch of a new daily service to Glasgow from its Paris Charles de Gaulle hub. The route will be inaugurated from March 27, 2016 at the start of the new schedule period and will be flown using an 131-seat Airbus A318.

Air France’s decision to introduce services from Glasgow Airport is in response to a strong business case put forward by the airport and the decision to strengthen its links in the UK market as well as position Air France as a key intercontinental airline for Scotland. The research showed significant support for business and leisure sectors for the commencement of the route as well as a growing demand for connectivity due to Glasgow’s diverse economy across a variety of sectors.

Alongside supporting the flows of passengers between southern Scotland and the French capital, the morning schedule will also offer a number of one-stop connections to Air France’s worldwide network of over 130 destinations, including Shanghai, Tokyo and New York.

With the addition of this service the Air France KLM Group is strengthening its overall presence in Scotland and will offer more than 150 weekly flights. In total the Group will offer seven routes from four Scottish airports (Glasgow, Edinburgh, Aberdeen and Inverness) to Paris or Amsterdam, where passengers will be able to connect to the extensive Air France KLM worldwide network.

“Demand from Scotland continues to grow and Air France has always invested in its Scottish network and local relationships from the region,” said Warner Rootliep, General Manager of Air France-KLM UK & Ireland.

“Air France KLM’s Scottish offering will ensure that local businesses are better connected to key markets around the world and we are proud to provide the largest city in Scotland with connectivity to and from key worldwide destinations,” he added.

Air France’s decision to introduce a daily summer service from Glasgow Airport will play a “crucial role” in encouraging export led-growth, attracting further inward investment and supporting Scotland’s burgeoning tourism industry, According to Glasgow Airport officials. The announcement rounds off what has been a remarkable year for Glasgow Airport in terms of passenger growth and route development.

“Glasgow is the economic powerhouse of Scotland and the arrival of the French national flag carrier will further boost our connectivity with the world,” said Amanda McMillan, Managing Director, Glasgow Airport 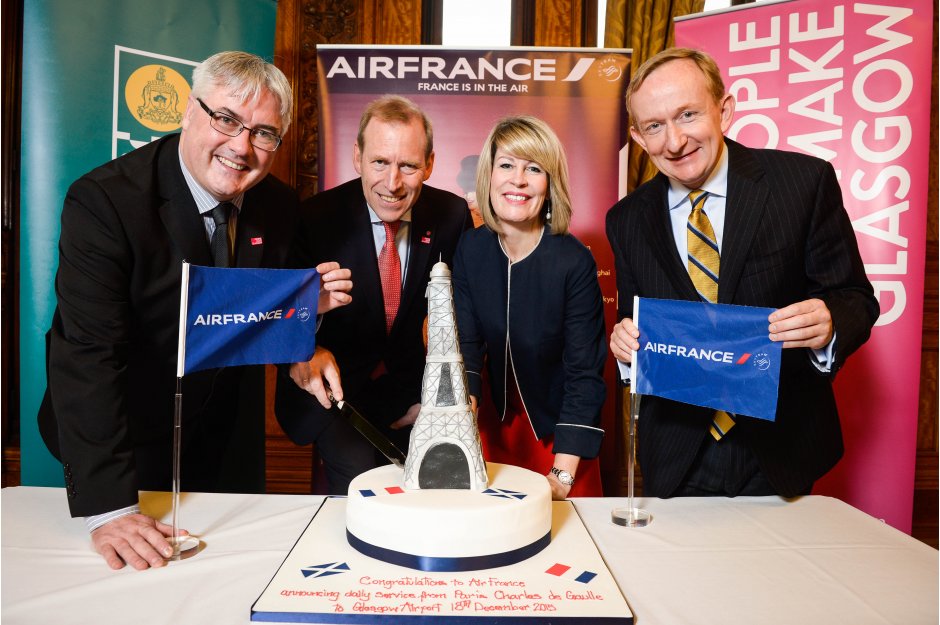