US low-cost carrier Southwest Airlines surprised delegates at the Routes Americas Strategy Summit in San Juan, Puerto Rico on February 17, 2016 with a sneak preview of its latest schedule update for the period between August 7, 2016 and November 4, 2016. To cheers from the airports included in the latest growth, David Harvey, Managing Director Business Development revealed additional daily frequencies on six domestic routes, seasonal extensions in six markets and the launch of flights on seven new routes.

Speaking to Routesonline immediately after his presentation Harvey said: “We knew a number of the airlines concerned would be in the audience at Routes Americas so thought this was a great platform to share the news with them.”

In his presentation Harvey had highlighted how Southwest Airlines is working to grow its activities and while the international market affords significant opportunities, especially with the arrival of the Boeing 737MAX from 2017, he highlighted that the domestic market in the US still had massive potential. This includes growth in existing markets, connecting existing city pairs and entering new markets.

“Southwest’s opportunities to expand capacity in existing non-stop markets is vast,” he said. “There are over 160 markets where the market size is greater than 200 Passengers Daily Each Way (PDEWs), where Southwest has less than 50 percent market share and carries at least 70 locals per flight.”

“There are also over 650 markets with market sizes greater than 100 PDEWs that Southwest has the opportunity to connect existing stations in the network together via new non-stop service, while there are over 440 potential new markets from existing Southwest stations to offline cities of at least 100 PDEW for domestic and 50 PDEW for international,” he added.

Following the merger and integration of AirTran Airways, Southwest has now grown its network to 97 cities (86 domestic) and is offering over 3,800 daily flights with a fleet of over 700 Boeing 737s. “We hope to hit that 100 airport milestone soon having grown our route map by 41 percent since the start of the decade,” said Harvey.

The Southwest story is now a long one as it celebrates 45 years of operation and its emergence from humble beginnings in 1971 with just three aircraft serving three cities and generating a $3.7 million annual loss. Fast forward to this year and the carrier is now the largest in the US market with a 25 percent traffic share, employing around 50,000 people and reporting profits of $2.4 billion.

The amazing transformation of the Southwest network is clear to see in the below route maps shared by Harvey in his presentation. 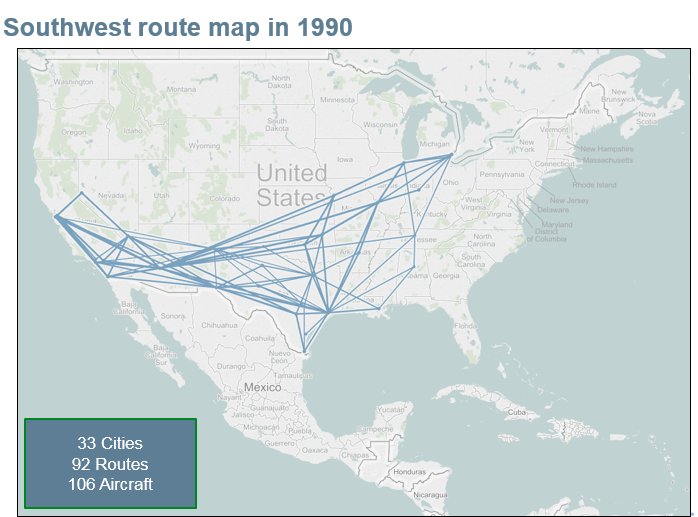 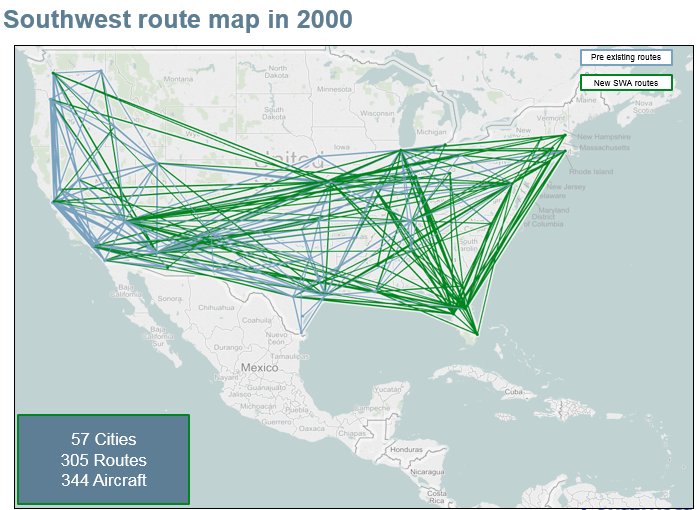 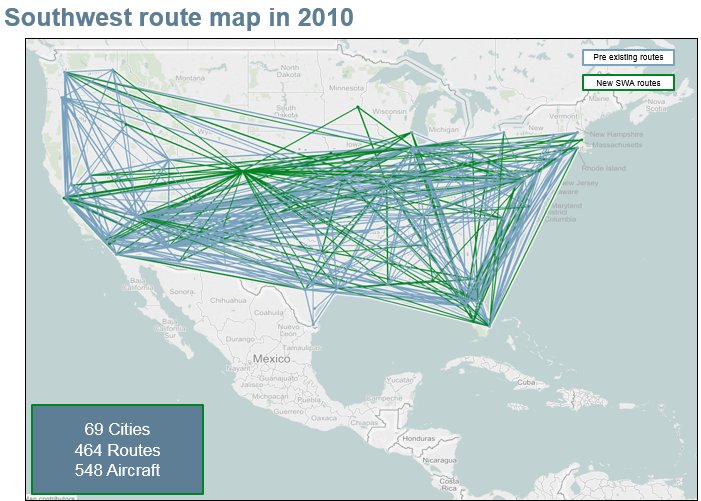 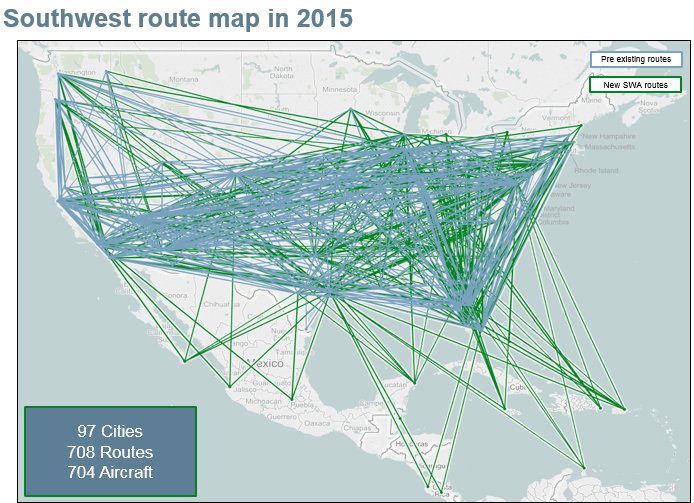