History has been made on the remote island of Saint Helena with scheduled flights beginning from today. The island, situated in the South Atlantic Ocean, is due to open their first airport officially on May 21, 2016 to coincide with Saint Helena Day, a national holiday on the island.

The first official flights to the island are scheduled under the British Airways brand and are being operated by its South African franchise partner Comair. The route will be served by Boeing 737-800 which will seat 120 passengers – 28 in business and 92 in economy. The flights on offer are scheduled to run on a weekly basis, operating on a Saturday to and from Johannesburg.

The service to Johannesburg will then allow the residents of one of the most remote islands in the world to connect further afield. From O.R Tambo International Airport in Johannesburg, passengers can then connect with other British Airways services, as well as other carriers. Once a month, there will be a flight between Ascension and Saint Helena.

Highlighting the importance of this new route, Mike Miller, head of content and industry relations, UBM EMEA Routes, said: "This pioneering route of 2,300 miles is not much different from Charles Lindbergh's first solo flight across the Atlantic, connecting people who used to travel for a week on a boat. This new route changes everyone's lives on the island."

This initial flight was an implementation service aimed at ensuring readiness for the commencement of the scheduled air services, and included route assessments and checks on airside operations, passenger and cargo handling, training etc.  The regular schedule programme of flights is expected to commence by the end of May once full commercial certification of the airport is completed.

With the new airport - which will completely revolutionise not only travel for the residents of St. Helena, but will boost tourism – the current mode of transport to reach the island will be retired. The RMS Saint Helena is to be withdraw from service in July, just two months after the airport officially opens. 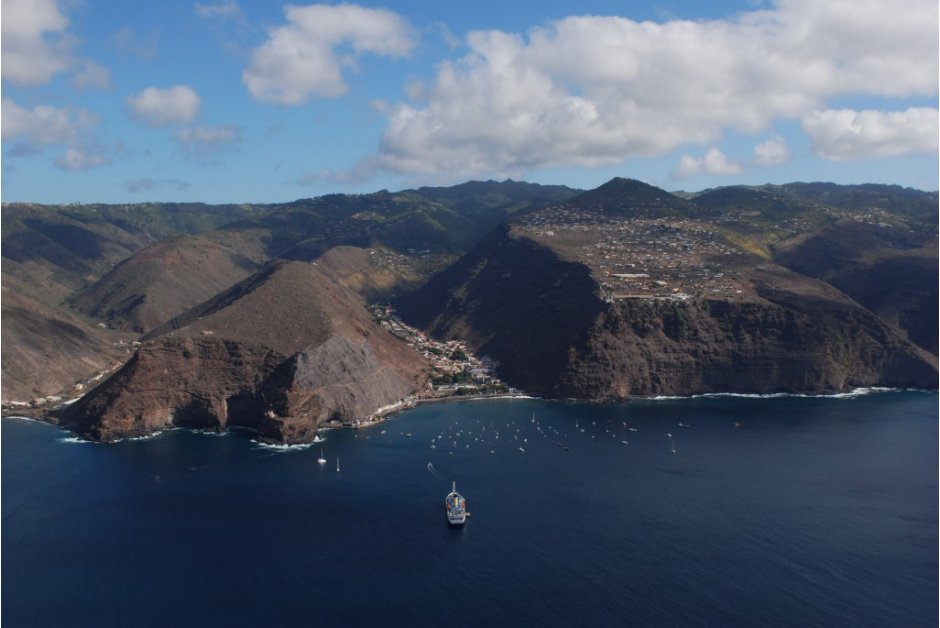 The ship, prior to the airport being built, was the sole means of access to Saint Helena. It can accommodate 156 passengers in 56 cabins, operating out of Cape Town and calling at both Saint Helena and Ascension. Travelling by sea is particularly taxing and time consuming – the journey from Cape Town to Saint Helena takes five days to complete. In contrast, the flight from Johannesburg will take five hours.

The development of the airport will change the inhabitants’ lives forever. Plans to construct Saint Helena International have been in motion since March 2005, to be completed in 2010. It was not until November 2011 that an agreement could be reached with a South African contractor to build the airport due to delays with consultations and the financial crisis.

Operating the airport is expected to bring self-sufficiency to the island and encourage economic development, reducing the dependence on British government aid. Up to 30,000 visitors are expected annually as travelling to the island will be so much simpler, kick starting the tourism industry.