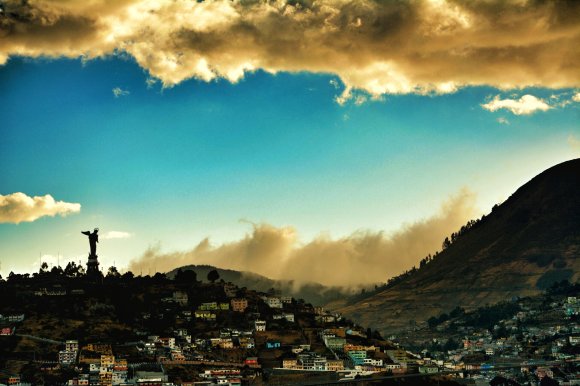 Routes Americas is the only event that brings together airlines, airports and tourism authorities to plan air services for North and South America. It is held in a different location every year to highlight the diverse aviation markets across the Americas.

The host city for 2018, Quito, was founded in the ruins of an Andean Inca city during the 16th Century. The Spanish colonial centre is one of the most preserved in South America – it was of the first World Cultural Heritage Sites to be declared by UNESCO in 1978. Quito is one of the highest capitals in the world and the closest capital to the equator.

Ecuador is one of only 17 ‘megadiverse’ countries in the world due to its rich ecology. The inspiration for Charles Darwin’s theory of natural selection - the Galápagos Islands - is home to distinct plants and wildlife that have evolved in isolation to the rest of the Americas. They lie around 1,000 km off the country’s coast and can be reached by a two-hour flight from Quito.

Ecuador’s most visited national park after the Galápagos Islands is Cotopaxi, south of Quito. Cotopaxi is one of the highest active volcanoes in the world and it is popular with climbers. An ecological reserve surrounds the volcano which is home to animals such as cougars, llamas, Andean fox, wolves, pumas, bears and wild horses.

Quito International Airport is the main gateway to Ecuador. Traffic has been increasing steadily since the airport opened in 2013 and passenger numbers reached 5.8 million in 2015. During this time the airport has added nine new routes and five airlines to its network, as well as 17 additional flights and frequencies on existing routes.

Routes Americas will provide Quito with the opportunity to make the case for more new air services. This year’s event in Las Vegas was attended by 830 delegates from 100 airlines, 260 airports and 40 tourism authorities - Quito can expect a similar gathering of influential people in 2018.

Steven Small, brand director of Routes, said: “Ecuador is an exciting ‘bucket list’ destination and its capital is rich in history and culture. Quito will make an excellent host city for Routes Americas.”

Routes Americas 2018 will be hosted by Quito Tourism and Quiport (the concessioner of Quito International Airport).

Andrew O'Brian, President and CEO of Quiport, said: “Organising Routes Americas in Quito will be an invaluable opportunity to show the potential of this city as a top destination on a regional scale and the advantages offered by its airport to the airline industry.

“For Quiport, participating in Routes Americas has been a very important tool for our route development strategy. Quito and Ecuador offer a new world yet to be discovered.”