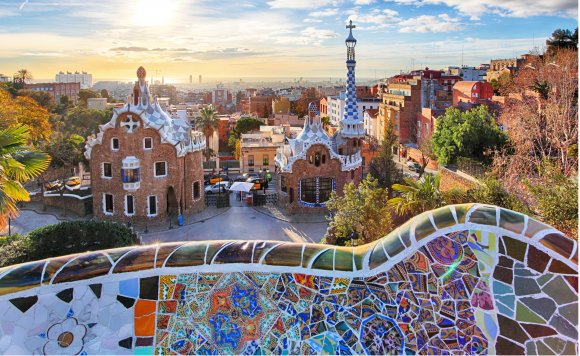 World Routes brings together senior decision makers from airports, destinations and airlines to negotiate new air services. Around 2,600 delegates from 130 countries will meet during four days at Barcelona’s Fira Gran Via.

A record number of 275 airlines will be represented including the world’s top ten largest carriers*. They will be joined by 610 airports and 90 tourism authorities from across the globe.

The Government of Catalonia is hosting the event with support from Barcelona City Council. One of their aims is to gain more long-haul routes for Barcelona El Prat Airport ‒ just one third of its intercontinental traffic is direct. World Routes is a brilliant opportunity to attract new airline partners and expand the airport’s route network.

Barcelona has recently gained some significant services, increasing the number of intercontinental routes to 44. Norwegian’s new base and the launch of LEVEL highlight the attractiveness of the market to long-haul carriers and the ability of the airport network to expand.

Sustainable tourism is an important issue for Barcelona and Catalonia which is reflected in World Routes’ conference programme. The event’s charity partner, The Travel Foundation, will explore how the aviation and travel industries can work together to manage tourism sustainably during a panel discussion and talk.

Showcasing Catalonia’s attractions is also a priority. Visitors are encouraged to enjoy destinations such as the beach resorts of Sitges and Calella de Palafrugell, the Roman town of Tarragona, the medieval city of Girona, the mountains of Montserrat and the vineyards of Penedès.

The Government of Catalonia’s Minister of Land and Sustainability believes that World Routes is an excellent opportunity to place Barcelona and Catalonia on the intercontinental transport map. It will also be important for its economic impact, including future alliances between local and international businesses through Barcelona El Prat Airport.

Jaume Collboni, Deputy Mayor of Enterprise, Culture and Innovation at Barcelona City Council said: “In business events, Barcelona offers the best mix of competitive advantage for both companies and professionals. Therefore, the city will be a key factor for the success of this World Routes edition.”

Steven Small, Brand Director of Routes said: “World Routes 2017 promises to be outstanding with record-breaking numbers of airlines and airports. I’m confident that our delegates will have an extremely productive event and take the opportunity to explore Catalonia’s charms.”

More information about World Routes can be viewed at routesonline.com.