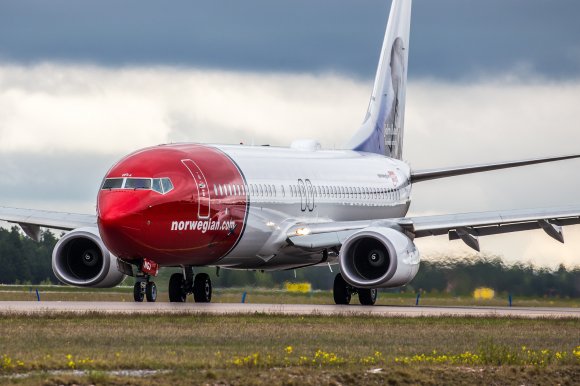 Norwegian, the fast-growing long-haul low-cost carrier, has bought an additional 28 weekly slots at London Gatwick Airport from summer 2018 as it plots greater expansion in the UK.

The take-off and landing slots have been purchased from Small Planet Airlines, the Lithuanian leisure airline. The acquisition comes just weeks after IAG, the owner of British Airways, wrapped up a deal to buy the majority of slots vacated by the collapse of Monarch.

“London Gatwick is at the heart of our global growth ambitions so securing these crucial new slots will allow us to offer our passengers even more new routes, additional flights and affordable fares,” said Norwegian chief commercial officer Thomas Ramdahl.

“Together with the launch of new routes to Argentina, Chicago and Austin in 2018, gaining extra capacity at London Gatwick is another huge boost as we get ready for our biggest ever year in the UK.”

Norwegian already flies more than 4.6 million passengers each year to 30 destinations from Gatwick. Its network includes flights to nine US cities and Singapore, with further long-haul routes to Argentina, Chicago and Austin launching early next year.

According to figures from OAG, the carrier has increased capacity from Gatwick by almost 7 percent in 2017 to more than 5.2 million seats.

In November 2017, IAG agreed to buy the majority of the take-off and landing slots left vacant at Gatwick Airport by collapsed airline Monarch. The deal will allow IAG to expand British Airways' presence at the airport, increasing the frequency of summer and winter services and enabling it to fly additional routes.

Administrators from KPMG, who were appointed in early October to handle the affairs of Monarch, have not disclosed the purchase price, but the slots are understood to be among Monarch’s most valuable assets.